Pros and Cons of the Three Different Types of Solar Panels 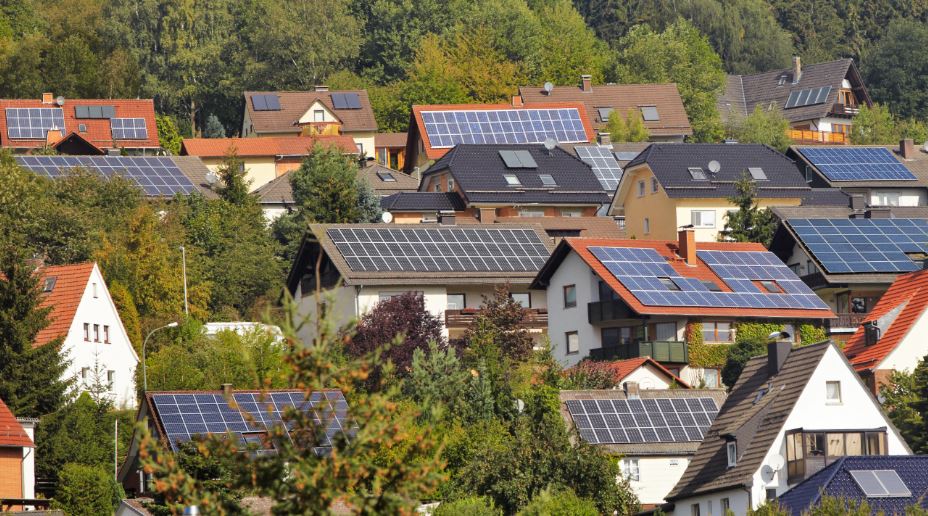 Thin film solar panels are new and created from a totally different technology. The process is less efficient and therefore the panels use much more roof space. They do, however, perform better in low light conditions like partial shading or extreme heat. Because these panels are created from a new technology and new materials, it is expected to vastly improve its efficiency. Perhaps one day they will overtake all panels as the most efficient, and not just in specialized conditions.

These are the oldest form of solar panels and they are made from a single crystal structure. And they appear to have a single flat color. Basically, they use molten silicon to create one solid crystal that is then sliced into silicon wafers that are made into solar cells. Although this process is the oldest, much of the crystal is lost in the fabrication as waste.

This is a newer technology, but basically the poly panels are also made of sliced silicon wafers, it’s just the process is a little cheaper. It was once thought that this process was inefficient, but because of vast improvements in their efficiency and because they cost less to construct, these panels are the dominant style of solar panels.

The process used to make polycrystalline silicon is simpler and costs less. The amount of waste is also less.

The efficiency of polycrystalline-based solar panels is a little less because of lower silicon purity.
You generally need to cover a larger area to output the same electrical power as you would with mono panels. However, this does not mean every mono solar panel will perform better than poly panels.

A thin film panel is solid black in appearance and the panels may, or may not have a frame. Basically, thin film panels are made by depositing a photovoltaic substance onto a solid smooth surface like glass. The four main substances are Amorphous Silicon, Cadmium Telluride, Copper Indium Gallium Selenide, and Dye-Sensitized Solar Cells. Technically these are all slightly different types of solar panels, but they all fall under the umbrella of thin film panels. Currently, these panels have the reputation of being the least efficient, but again, because they are becoming the cheapest to produce, while at the same time, the technology is vastly improving, these solar panels have lots of potential.

Mass production is simple and this makes them potentially cheaper to manufacture than crystalline-based solar cells.
Their homogeneous appearance makes them look more appealing.
They can be made flexible, which opens up many new potential applications.
High temperatures and shading have less impact on these solar panels.

They also require a lot of space. Low space-efficiency also means that the costs of support structures and cables will increase.
Thin-film solar panels tend to degrade faster than mono and poly solar panels, which is why they typically come with a shorter warranty.

So there you have it. Yes, there are some differences between the three types of solar panels, but basically, because they are becoming more efficient, these panels have fewer differences and more similarities all the time. Your unique solar needs will dictate the type of panels you need and your certified installer can also help you with the right decision.

You can also visit HahaSmart and see the different choices for yourself. Visit our price checker, or try out our DIY design tool and design the right solar system for your home. We also have plenty of certified installers who can answer your questions and can help you create the perfect solar installation.