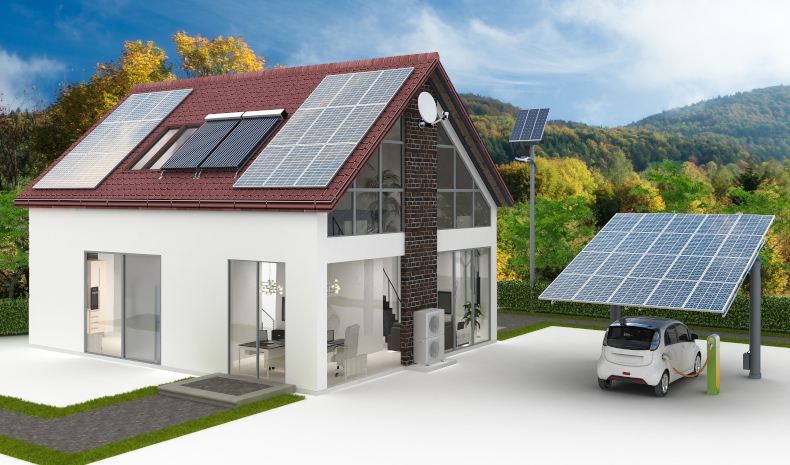 Solar thermal energy is here and is here and now there are studies that confirm the benefits to the environment. All of these studies have come to the conclusion that the technology, over time, has a positive effect on the environment and the fiscal health of individuals and companies.

In this article, we explain the basic principles behind what impact solar thermal technology has on us and the environment. Because there are many different products, manufacturers, and resulting climatic differences, the figures below are just examples of what you can expect from a typical solar hot water system. Your installer will have the ability to more accurately predict the expected energy output and a financial payback period of your specific system.

In the northern parts of America, the planet receives less of the sun’s radiation than warmer states. Therefore, evacuated tube collectors are recommended for use in this situation over their flat plate counterparts, as their increased efficiency gives them the ability to turn more of the sun’s radiation into usable energy. In southern states and warmer climates, the flat plate collectors are recommended as, not only are they cheaper to manufacture and buy, but they are less prone to overheating and offer much the same performance as the evacuated tube models under these conditions.

The average process of manufacturing a solar thermal system consisting of a heat storage tank, solar collector, component box and aperture will produce roughly 1000 Kg of CO2 amongst other gases such as CH4,  N2O, Perfluoromethane, Perfluoroethane and waste liquids and solids in the form of scrap materials etc.

These emissions and by-products are offset against the environmental, energy and economic savings the overall system produces during its lifecycle. The time in which the system reaches its environmental and energy break-even point varies dramatically depending upon many factors such as, install climate, components used, and a backup heat source (gas, electricity, biomass etc.) for example. The energy payback period on the average flat plate system is roughly 2 years but this will vary depending upon the factors detailed previously.

If you want to move into the future and join the solar revolution, or if you want to find out what solar panels are right for you, go to HahaSmart.com and try our price checker tool. See how much a system will save you over the next 20 years.