How To Determine The Best Solar Panels For The Heat 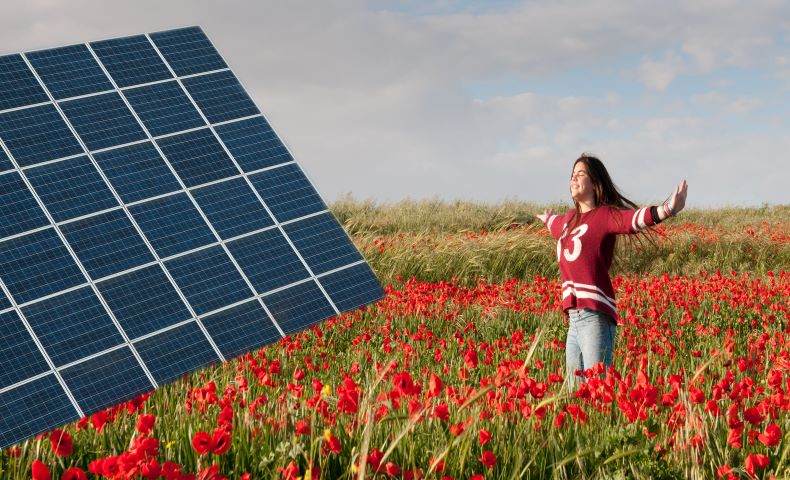 Best Solar Panels For The Heat

Solar cells are the main technology in solar panels. The solar cells is what absorbs the sunlight for the process of converting the sunlight into usable energy. With summer around the corner, most homeowners want to know which king of panel will perform the best in the heat.

Most people tend to think that solar panels only have high efficiency in regards to their performances, in climates that are hot and sunny, because the technology does use the sun to power the home. The cells work because of the electrical processes, however, the process can slow down and even become inefficient when the panels get hot.

In fact, contrary to popular belief, solar panels typically demonstrate better energy output when the weather is cooler outside.

There are a dew different solar cells and their makeup is what affects your solar system performance, namely so if you live in a climate with sweltering heat. In order to find the right panel you should learn a little more about the different sorts of panels.

Why Solar Conversion Matters For Your Solar Cells

Solar cells would have great solar cell conversion, if it happened in a factory with temperature controls. But that’s not the case for solar panels, they are installed on your roof with unpredictable weather conditions. In real life, when the sun comes out during the summer it comes with heat and the heat that it comes with can slow down your units inner workings.

Rising temperatures may possible create an internal resistance that’s inside the solar equipment. The way that solar works is through the systems are able in order ti capture the energy that’s created when the electrons will go from a resting state to an excited state.

However, if you live in a hot climate you shouldn’t give up hope. Houses that are in the northern hemisphere are the spots that tend to be located in the south and because of their location, they’re oriented to receive more sunlight. Even if there’s a drop in the efficiency the heat and you will still have a lot of opportunities to make up the losses.

But, you might find that only some systems will work better for your area. If the type of solar cells you end up choosing may end up making the biggest difference. You can’t really have a conversation about the sorts of solar cells that are the best until you get a briefing on the different types. But in general, the cells that fall into two main categories:

If you live in a warmer climate which panels are best for your home? Usually the older style of crystalline silicon cells, are usually the ones that fare better in higher temperatures. Normally they have a lower temperature coefficient - the ratio of how much of the output the cells lose when the unit is hotter.

It may seem to be illogical, having a lower coefficient that is actually indicating a better overall performance and a higher ability to withstand the hot temperatures without losing any of the energy output. Whichever solar salesperson you choose, they should be able to tell you more about each module’s temperature’s coefficient and give you all the details.

Use The Units PTC Rating To Calculate Its Efficiency

It goes past just the temperature coefficient, solar panels come with other ratings that will help you foretell their efficiency. Decoding the different measurements means that you will need to first learn a little bit about what they mean.

The panels all have to go through the Standard Test Conditions rating (STC), which will let you know about how the unit performs in factory settings. It means that the temperature is around 77 degrees.

But of course, in the real world, temperatures they rarely stay at a constant 77 degree year round, which is why the National Renewable Energy Laboratory developed the Photovoltaics for Utility Scale Applications Test Conditions. PTC for short. Both PTC and STC are expressed in watts and are typically somewhere between 70 to 300. If you compare both numbers for a single module and they will help you understand the drop off when the temperatures rise higher than 77 degrees.

If you have panels with a STC of 230, but a PTC of 180, it’s easy to see that there is a pretty big difference between the two. When the weather gets hot, your unit only operates at around three-fourths of its STC efficiency.