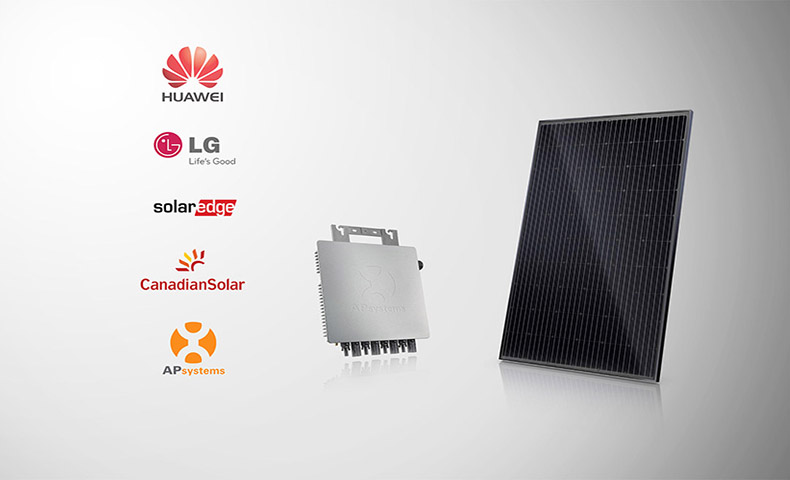 Should You Get a Microinverter or a Power Optimizer?

If you’re planning on putting up solar panels in your property or already have photovoltaic (PV) modules on your roof, you know how important an inverter is for your domestic solar power system.

The inverter receives the electricity the panels generate when the sun shines on them and converts it from DC (direct current) to AC (alternating current) so your appliances and electronics can use it.

Most residential solar arrays still use string inverters, where solar panels are connected in a string that leads into a central unit that does the DC-AC conversion.

String inverters are generally the most affordable type of solar system and work well if you have a roof that faces only one direction and gets no shade.
While this is the conventional method, and the most affordable, it has its disadvantages. One of them is that if one of the panels is completely or partially shaded, that restriction will extend through all the modules that will operate at the maximum output of the least efficient panel. For example, if a panel is covered by shade and this limits its operation to 50%, all the panels in its string will now operate at 50% too.

How to solve this problem?

The solution is what experts call “panel level optimization,” where a device is placed directly on the solar panel to do the DC-AC conversion there. In this way, each PV module operates independently than the rest and shading and orientation problems don’t affect other solar panels in the array.

Sometimes there are limitations in space which force the installer and homeowner to consider strings in different orientations. This creates the so-called mismatch losses, referring to a reduction in the total power output of the system due to different maximum power points in each string. When the central inverter needs to perform the MPPT function, the inverter is unable to find the maximum power output for each string of modules and just sets some point in between. This phenomenon causes losses throughout the year that are undesirable.

Microinverters and power optimizers resolve any of these issues.

They both increase energy production and efficiency, improve performance in shaded environments and isolate solar modules from the rest of the system. They are also easy to install and have the ability to mount solar modules in any quantity and in any layout.

Because microinverters are performing their work on rooftops and contain more parts than power optimizers they have higher heat loss and therefore may break down more often. But they are protected with a 25-year warranty, similar to that of solar panels.

One other advantage of microinverters is that they make it easy to add more modules to an existing array. With a string inverter, you’re limited by the maximum power it can handle. If you add many more panels that surpass it, you will have to get an additional inverter.

In addition, microinverters allow for different types of modules to be used in the same system.  imagine that you install a set of modules from a particular brand and everything performs just perfectly.

Some years pass, and unfortunately, one of your modules is damaged somehow, and you need to replace it. The problem is that as the solar market evolves, new technologies become available while old technologies are left behind. Therefore, you might have a situation where the module’s model in your system is no longer available, forcing you to select another power size, module or brand.

You can also add optimizers to an existing domestic solar power system. However, some optimizers are sold specifically to work with some particular string inverter brands. But the company Tigo offers ones that will work with any.

The biggest advantage of a DC optimizer that is independent of the string inverter – like Tigo – is you don’t have to put them on every solar panel. If you have an installation in which only a few panels will get shade, then you can only add optimizers to those – saving lots of money compared to putting them on every module.

The U.S. Department of Energy's Office of Energy Efficiency and Renewable Energy explains that these “panel level optimization” devices can reduce energy losses due to partial shading of modules by 20%–35% and they completely eliminate losses due to orientation mismatch of PV modules. They also come with performance monitoring and diagnostic functionality, which can be valuable in making sure the system is producing as expected or pinpointing technical issues.

Perhaps one of the deciding factors for many homeowners and installers when it comes to deciding between microinverters and optimizers is reliability.
If any individual optimizer or the inverter fails, then the complete string and even the PV array, fails too. This is not the case with microinverters because the power is concentrated on a single component.