Solar power is everywhere, even in the White House 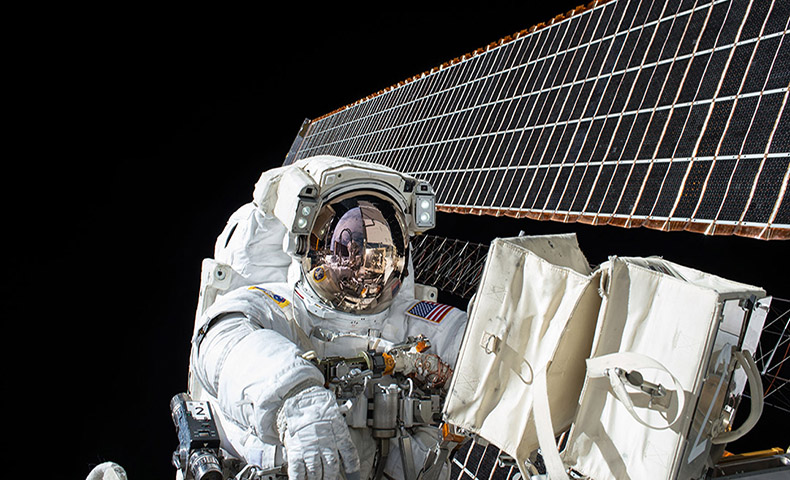 The White House and Solar Panels

From the dusty towns of rural Africa to the International Space Station 254 miles away from Earth, solar panels are everywhere, powering electronic devices big and small.

In fact, they’ve been on the most famous home in the United States, the White House, where they’ve had a tumultuous history.

It was President Jimmy Carter who first installed 32 solar panels during his tenure in 1979. The world was then in the midst of Arab oil embargo, which had led to long lines at the pump and other energy disruptions.

The Democratic president called for a campaign to conserve energy and to set an example, ordered the solar panels installed. They did nothing more than heat some water, but it was an important gesture.

Unfortunately, the solar panels didn’t last very long on top of the White House. When Republican president Ronald Reagan took office, he had them removed in 1986.
By 1992, the panels had found a new home, the roof of the cafeteria at Maine’s Unity College, according to Scientific American. They were again used to warm up water.

More than two decades and three presidents later, solar energy would once again make its way back to 1600 Pennsylvania Avenue. This time it was president George W. Bush who in 2003 had a 9 kW solar power system installed on the roof of the White House’s grounds maintenance building. Bush also installed another solar system to heat the pool and spa water.

The arrival of a new Democratic president who made the environment one of the tenants of his administration saw the return of solar panels to the White House.
In 2013, Barack Obama installed a 6.3 kW solar power system. There’s even a video online of the installation.

It’s unclear if the panels are still there.

But one thing is for certain, backed by the ever decreasing price of panels and other equipment, domestic solar power system have multiplied across the U.S. in the last decade, in virtually every state.

Sunny or foggy, it doesn’t matter

One common misconception about solar power generation is that you need to be located in sunny California or Arizona to enjoy the benefits of photovoltaic (PV) modules. The truth is that solar radiation is good across all of the U.S. The actual radiation in a northern latitude may be 80% of what it is in the desert Southwest, but the lower temperatures allow for better production of electricity from the panels.

Also, keep in mind that it’s not heat that generated electricity, but sunlight. And there’s sun as long as there is light, even in foggy locations like Seattle that are still popular with solar developers.

In fact, warmth is not extremely beneficial to solar energy production.

The hotter the solar panel, the lower the power output. Actually many Solar PV panels can deliver 110% of the output that they are rated for in cold climates, while hot spots like the Southwestern U.S. see significantly reduced output because higher temperatures cut down on the effective output that is delivered. You don’t notice this drop because those locales have long sun-peak hour periods, which make up the difference.

The bottom line is that your location doesn’t impede solar generation.

That’s why you should also take advantage of this and all the incentives that are making residential solar power systems extremely affordable.

If you want to find out how much it will cost to get solar panels on property, you can quickly determine that by accessing the Hahasmart price checker. Just provide your address and your average monthly utility bill and you’ll get the actual price of solar panels and inverters - which are the most critical parts of a solar powered system - as well as provide you with an estimated cost of installation based on thousands of completed solar projects in your area.

By signing up for solar panels this year, you can still claim the federal infrastructure tax credit (ITC) for 30 percent of the installation cost. People who go solar in 2020 will only be able to get a 26 percent credit, those who wait until 2021 will qualify for even less, and by 2022, residential properties will no longer get any credit at all.

What will last longer than that is the solar power system’s energy production. On average, solar panels can take anywhere from seven to eight years to break even. But the savings after that can be quite significant and will last another two decades.