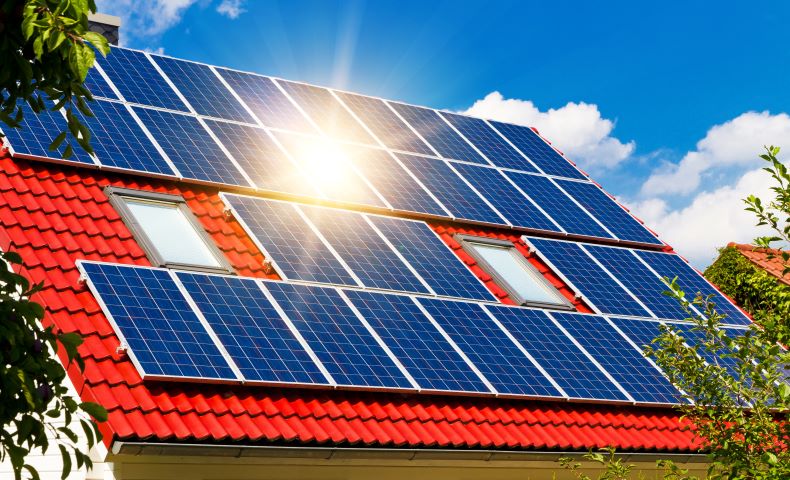 Due to misinformation, many myths exist about solar energy that has been debunked over and over again throughout the years. Despite that, people continue to believe them. Technological innovations are responsible for many advances that have made solar a cost-effective means of generating electric power. Keep reading to learn more about four of the most common solar technology myths.

Myth: Solar energy costs too much for it to be available for most people.

Fact: The claim that solar energy is too expensive is outdated and continues to be proven wrong. The average cost of solar panels fell 75 percent between 2009-2014 alone, and some analysts predict the cost of PV panels will drop another 25 percent by 2018.

The result is that in many areas around the world, electricity from solar is as cheap – or even cheaper – than electricity from coal, oil, or natural gas. This makes clean energy like solar one of the world’s fastest growing industries. Solar already makes up more than 20 percent of the world’s electricity generation. Bonus: when you use solar energy to do things like power homes or schools, you’re helping protect humans from higher carbon emissions, air pollution, and the devastating impacts of climate change.

Myth: Solar manufacturing results in more pollution than is saved by solar power.

Fact: A PV solar system meeting half of the electrical needs of a typical household would eliminate about half a ton of sulfur dioxide pollution from the air, and 600 lbs. of nitrogen oxides. By contrast, pollutants produced in the manufacturing process are minimal and largely recycled.
The study concludes, “PV is clearly a wise energy investment with great environmental benefits!”

Fact: 97 percent of climate scientists are in total agreement that human activities are the cause of global warming we are experiencing now. Scientists knew our planet was changing some time ago, primarily due to carbon pollution from the burning of dirty energy like oil, natural gas, and coal.

Alterations in the radiation the sun emits – known as “solar variation” – affects the climate too. But scientists account for this and analyze the contributions these changes make to our climate, which today are negligible compared to those from carbon pollution. Despite how many people continue to be in denial about climate change, it’s obvious that carbon dioxide is the main reason for its effects.

Myth: We have clean coal, so there’s no reason to care about solar.

Fact: There’s no such thing as “clean coal.” Solar power, however, is a clean energy technology that is powering thousands of homes and businesses today. In reality, “clean coal” is a false solution. Coal is a dirty fuel no matter how you look at it.

The coal mining process blasts away mountaintops and leaves toxic slurry ponds behind. Burning coal results in emissions that are harmful to human health, like mercury and smog. Worldwide, more carbon pollution comes from the burning of coal than any other source of energy.

Myth: I live somewhere that’s cloudy and cold, so I can’t invest in solar even if I wanted to do so.

While it’s true that clouds can affect the efficiency of solar panels, they can still produce enough power to be efficient sources of electricity. Germany, for example, is a country that is not considered warm or sunny but is still the world leader in solar energy.

Myth: Solar is too costly for widespread usage

Fact: Installing solar is one of the best investments any homeowner can ever make. A properly designed and installed solar power system is equivalent to an investment with a guaranteed rate of return of 12 to 15% per year. This investment value increases as utility rates continue to rise.

Energy saving devices such as solar energy systems add tremendous value to any property while being exempt from property tax assessment. Small and large businesses would be wise to investigate the solar option as well. Solar photovoltaic (PV) technologies have declined in price every year since they were introduced. Solar has never been more affordable than it is right now.

This is the opposite of oil, gas and coal sources, which become more expensive and less abundant with every ton that is burned. These fossil fuels will soon be exhausted, so the time is now to implement alternative energy sources like solar. Solar panels operate during peak daytime load periods when oil, coal and natural-gas-fired electricity is at its greatest demand and most costly.

With an efficiently designed PV system, the panels can actually return excess power to the grid when it is most needed. This is what makes the electric meter in a solar-powered building run backward, generating credit instead of cost.

Myth: We can store the excess energy we generate in batteries

Fact: Virtually all modern solar panel systems are tied to the electric grid Your system generates power during the day and excess is fed back into the grid through a system called net metering.

When this happens, your meter spins backward and your utility company credits you for that power. At night or on overcast days, you’ll use grid power, but you don’t usually get charged for it because of all the credit you’ve generated. This grid-tied method tends to be the most convenient for homeowners.

Batteries are an option, but they’re currently expensive, bulky, and have to be replaced every five to ten years. Technological advances are making solar batteries a more attractive option.