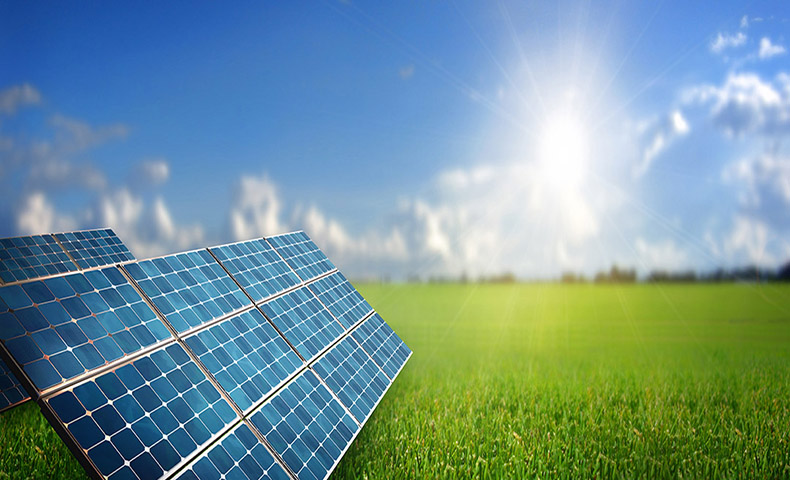 In today’s environment, there is a new search for ways to make solar energy generation cheaper and more efficient. Solar technologies facilitate the extraction of energy by harnessing power from the sun. There are two technological principles that can be used to achieve this:  Collecting thermal energy from the sun, known as solar thermal; and converting light into electricity, through the photovoltaic process. Solar thermal and photovoltaic (PV) can be built into buildings. Applications for PV include building integrated photovoltaic (BIPV), solar home systems that are not connected to the power grid and solar charging stations. Solar home systems and solar charging stations are most suited for application in rural and remote areas where grid power is not readily available or too expensive. Most BIPV applications are grid-connected which enables surplus energy to be produced and then exported to the grid.

In its most simple form, the system consists of a collector and a water storage tank. The collector is a flat plate constructed from a black colored metal sheet with metal tubes attached. The metal sheet is backed by a thermal insulation layer, and covered on top with a glass panel to lessen heat loss and provide protection from any adverse weather conditions. The collector tube is linked to a water tank which is located on top of the collector. The collector absorbs solar heat, which is transmitted to the water circulated in the metal tube. The heated water then rises and is stored in the water tank through natural convection. Cool water then automatically fills the area in the metal tube.

Recently, solar thermal energy has increased to include dual-use systems, combining both water heating and space heating (combi-systems). These systems reduce energy use for space heating during the winter for buildings located in temperate regions. One disadvantage is that the systems must remove surplus heat during the hot summer season. This issue has been overcome by combining solar cooling and combi-systems, which maximizes the use of solar thermal technologies year-round. Solar cooling is a wise choice for use in hot climatic regions. During an average day, the peak demand for space cooling equals the peak of solar radiation. This large-scale implementation of solar cooling technology will assist in helping reduce peak loads of electricity. A BIPV system is made of PV panels and a DC-AC inverter. A solar panel includes a series of connected cells made of semiconductor materials. When PV modules are exposed to sunlight, they generate direct current (DC) electricity, which is converted to alternating current (AC) electricity – a common form of electricity that can be used in many appliances and lighting systems. The AC electricity can then be crammed into one of the building’s AC distribution boards, or connected to the main electricity grid. PV panels, which are integrated into the roof, façade, skylight or sun-shading devices, deemed as building integrated photovoltaic technologies (BIPV). With BIPV, PV modules are usually used as a substitute for other building components. Although a proven technology, PVs are still subject to research and development. The goal is to increase the efficiency of energy production and to lower manufacturing costs. The common PV technologies can be broadly categorized into two groups – crystalline silicon and thin film. Crystalline silicon technologies account for the majority of PV cell creation, whereas thin film is newer, less efficient, but growing in popularity.

Solar power is here to stay, and the sooner you explore how much you can save, the sooner you can enjoy the benefits of residential solar power. There has never been a better time to install a solar energy system.