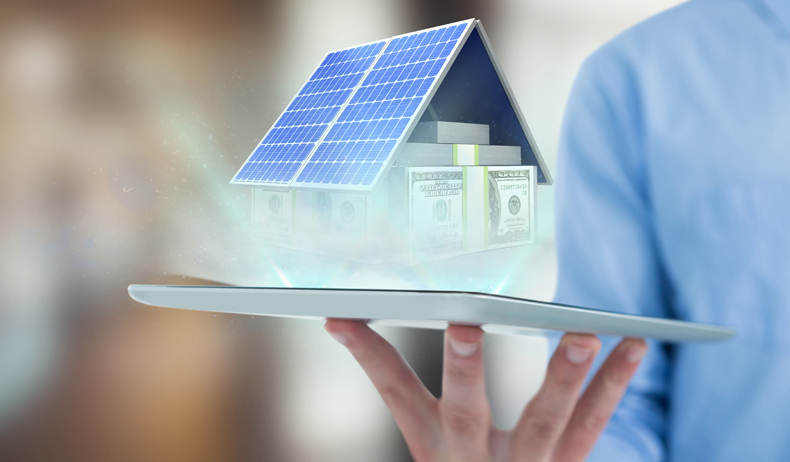 A switch happened in the residential solar panel industry

For the first time since 2011,  more people paid cash or financed their residential solar panel systems, than signed leases, or PPA agreements. This trend is a reversal of what was happening, and it is still the opposite of how the commercial sector is installing solar, according to a new report from GTM Research.

Fifty-nine percent of solar panel installations were paid for with cash or financing, while third-party-owned solar panel systems dropped to just 41 percent. The trend is what was expected. As the industry changes and moves toward consumer ownership, companies that offer third-party ownership (TPO) are in short supply, and the ones that do offer it exclusively, are losing business to the ones who work with financial institutions.

Another reason is when Tesla bought SolarCity, the company moved away from a TPO business model, to one where homeowners purchase Tesla solar equipment and batteries. Vivint also moved away from the TPO market, and that forced the switch.

According to the report, the share of TPO in the market is expected to drop to 33 percent by 2023 as companies switch to consumer ownership of the solar panels. This TPO percentage is higher than previously forecasted, as legislation in states like Florida allow for companies to lease solar panels to customers whereas before they could not. This will cause a slight rebound in the TPO market, but it won’t stop homeowners from buying their own solar systems.

As the popularity of solar loans grows, many banks, credit unions, and solar-only loan companies are entering the market. Mosaic is currently the most popular residential financier with about 14 percent of the market. This seems to be because they choose to work with more than 150 of the leading solar installers in the country. Many other banks and financiers are able to find room in the market because sometimes they can find a niche group that fits them. Sunlight Financial is one of the financial institutions that use their tight relationship with a few large installers. Dividend Solar, another company, is growing because they fit in with a lot of smaller installers.

Because of this shift, many solar-specific loan providers, as well as traditional banks and credit unions, have recently entered the solar market. This competition has led to very competitive rates for the solar panels. While it might hurt some of the loan providers who continue to offer such low rates, but others state that this is just the market correcting itself, and companies that don’t adapt will always fall to the side. Some lenders are primarily focused on growth and market share, while others are focused on more profitable sales.

Many solar lenders are expanding into additional verticals such as storage and home improvement to boost margins. At the same time, roofing companies are partnering with lenders, and solar distributors, to offer their customers a modern complete solution, and not just a new roof.

Currently, there are more than 30 banks and credit unions that specialize in solar panels loans. Homeowners are also becoming more comfortable with longer loans because they see that it will improve the value of their home, and banks are warming to customers for the same reason. As the industry grows and solar panels become ubiquitous, this trend will only continue.

According to the report, 2017 was a record year for solar securitizations, with more than $1.4 billion in issuances (up from a cumulative $795 million prior to 2017).

While GTM Research expects Mosaic and Dividend Finance to continue to securitize as a way to raise capital (in addition to selling portfolios of loans), most other lenders choose to finance themselves exclusively through portfolio sales, which can generate higher returns than securitization.

To learn more about how you can participate in the solar power revolution, you can visit HahaSmart, and try out our Design DIY tool. You can design your home solar and get multiple quotes for any budget. We then connect you with HahaSmart verified installers in your area so you can start saving money.