What Does the 2020 Election Have to do With Solar Energy?

On Wednesday, over 1,000 United States solar companies signed a letter lobbying for another extension on the federal Investment Tax Credit. Which has many solar energy experts explaining what the landscape of solar energy beyond 2020 is unpredictable and all based Analysts say the U.S. solar market can sail along relatively smoothly without an ITC extension through 2020, because developers are qualifying projects this year that can be built later.
off what happens in the 2020 election. 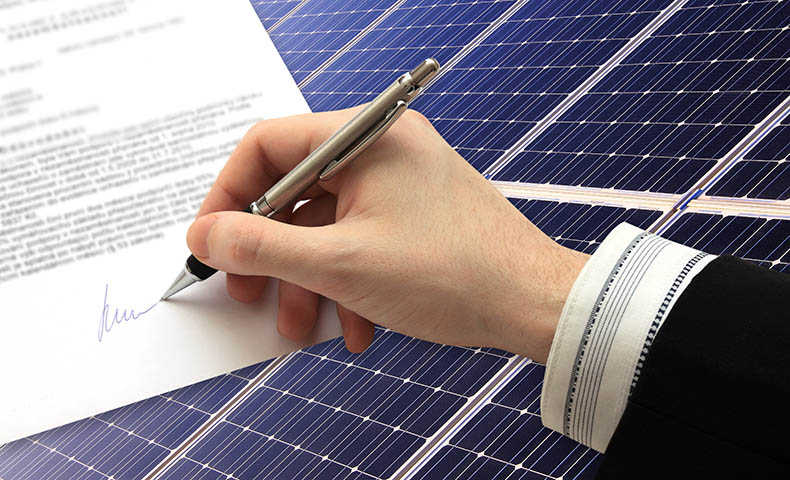 What Does the 2020 Election Have to do With Solar Energy?

These are busy days for the writers of clean energy bills in Washington, D.C., with lawmakers dishing up plans for everything from a national renewables portfolio standard to a standalone tax credit for energy storage.

The solar industry, meanwhile, is lobbying for another extension to the federal Investment Tax Credit, sending a letter to lawmakers on Wednesday signed by nearly 1,000 U.S. solar companies in support.

But amid this policy push, some experts have a cold splash of reality for renewables companies: Major help at the federal level seems unlikely until after the November 2020 presidential election, including for the solar ITC. The landscape beyond 2020 is anyone’s guess.

That leaves the renewables industry playing a longer game than it would like as the sand drains from the tax-credit hourglass, ahead of an extraordinarily unpredictable election.

Steep battle for the ITC?

Since the 14-page Green New Deal resolution was floated in February, scarcely a month has gone by without the introduction of a bill supporting clean energy technologies, from energy storage to offshore wind.

The bills, nearly all brought forward by Democrats, are impressively diverse in their approaches. Some are non-starters in a divided government, but others seem tailored for attracting bipartisan support.

Among the most talked-about is Oregon Senator Ron Wyden’s Clean Energy for America Act, which would offer technology-neutral tax credits for all low-carbon energy sources, including nuclear. That’s a concept that could win support from a variety of utilities and states.

Then there’s the increasingly lively issue of the solar ITC, which begins phasing down for new projects at the end of this year — following in the footsteps of the already-declining wind Production Tax Credit.

In an interview earlier this month, Gregory Jenner, a partner at law firm Stoel Rives specializing in renewable-energy tax issues, said the odds look steep for an ITC extension in the current political climate.

“If I were [in the] solar [industry], I’d probably be doing exactly what they’re doing, which is you talk about the extension of the credit…but you effectively position yourself for limited gains in 2019 and 2020, because that’s all there’s going to be, if that,” Jenner said.

The multiyear extensions granted to the solar ITC and wind PTC in 2015 were expected to be the final ones, providing the sectors with policy support well into the coming decade.

Since then, however, the Trump administration has replaced the Clean Power Plan with its own coal-friendly rule, while seeking other ways to prop up uneconomic coal and nuclear plants. That’s led the solar industry to conclude it has grounds to ask for another ITC extension.

Any current conversation about including solar or storage in a tax-extenders package must fight for political oxygen with higher-stakes negotiations over the federal budget, spending caps and the debt ceiling.

Analysts say the U.S. solar market can sail along relatively smoothly without an ITC extension through 2020, because developers are qualifying projects this year that can be built later. But the longer the phase-down continues, the more potentially disruptive an extension would be for the market and supply chain.

As for an even more dramatic piece of clean energy legislation, “I don’t think there are high expectations for too much progress this year,” said Gregory Wetstone, CEO of the American Council on Renewable Energy.

“We need a level playing field; the question is how you get there,” Wetstone said in an interview. “There are different approaches. Do we change the phase-down schedules? Maybe that happens. But I think folks are looking beyond that at different models.”

Among the various approaches on the table, Sen. Wyden’s proposed technology-neutral tax credit “comes up a lot in conversations,” Wetstone said.

Wyden’s Clean Energy for America Act, co-sponsored by two dozen Democratic senators, including three 2020 presidential candidates, would sweep more than 40 different tax-credit programs into a handful of streamlined categories, offering a full PTC or ITC to any generation facility that’s at least 35 percent “cleaner than average.”

That opens the door to support for nuclear power, but as Wetstone put it, “We have no problem competing with nuclear for new construction.”

Many are also closely watching legislative efforts to make energy storage eligible for the ITC on its own. Currently, storage projects must be connected to solar panels to qualify.

A storage ITC has broad support across the renewables industry and beyond. The trouble, again, is politics, Jenner said.

“The average member of Congress doesn’t have a clue about storage, why it’s important, why we might want to incentivize it right now," he said.

“They just hear ‘tax incentive for renewable energy,’ and that either means good or bad in their head.”

Other bills on the table

A number of other bills are worth watching for a sense of where the debate could head, even if they face long odds right now, said Jonathan Silver, who led the government’s $40 billion clean energy investment fund under the Obama administration and is now managing director at Tax Equity Advisors.

Want to go Solar before 2020? See how much you can save before the installer comes out by using the hahaSmart price checker tool you can also use the design DIY tool to customize your solar panel installation.