The newest car manufacturer to explore the idea of having solar panels installed on a car is Toyota. The struggle with solar panels installed on a car has been finding solar cells that can capable of offering a vehicle a decent amount of solar energy. If you park your car in the sun all day, with the newest enhancements to these solar cells, it will give a vehicle an extra 27 miles if range, which is about seven times more than before. 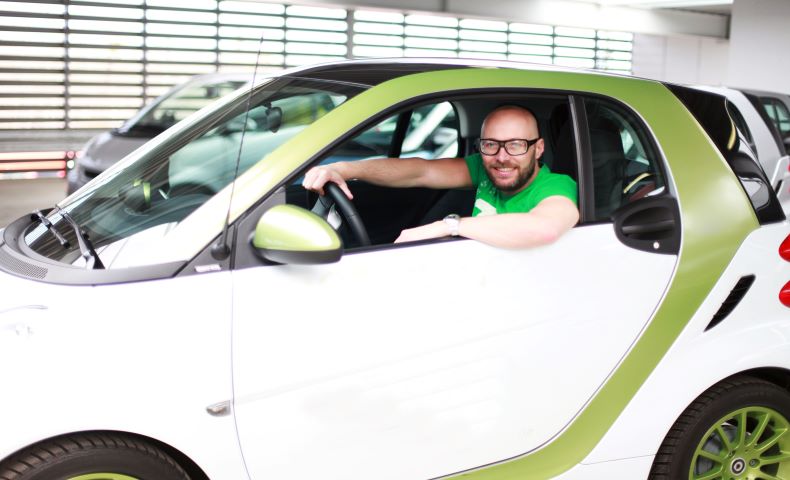 Toyota is continuing to explore the idea of solar-powered cars, with the automaker recently announcing that it’s ready to begin testing its most advanced system to date.

The challenge up until now has been to create solar cells capable of offering a vehicle a decent amount of power. After partnering with Sharp, Toyota says it has succeeded in creating high-efficiency solar cells for a version of its Prius plug-in hybrid. Road trials later this month will assess the effectiveness of improvements in cruising range and fuel efficiency offered by its new and advanced solar technology.

Toyota included solar cells with its 2016, Japan-only Prius PHV, but its updated technology is more sophisticated in a number of ways. For example, the latest design can charge the vehicle as it’s being driven, whereas before it had to be parked.

As you can see from the images at the top, Toyota has installed the panels on many of the car’s surfaces, including the roof, hood, and rear hatch door, to catch as much sunlight as possible. This expanded panel placement has been made possible by the new, thinner cells. At just 0.03mm, the slimmer design makes it possible to place the panels onto curves and other tight spots around the car, maximizing its performance capabilities.

We also see improvements in the technology’s ability to convert solar energy, which, at 34% efficiency, is a significant improvement on the 22.5% efficiency of the previous design. Toyota said that by enhancing the efficiency and increasing the amount of space the cells take up on the Prius, it’s been able to improve power generation by almost five times compared to the Prius PHV.

The enhancements mean that the new solar cells will be able to generate enough power — if parked in the sun for a day — to give it the vehicle an extra 27 miles of range, about seven times more than before.

While its latest effort is a clear improvement on its earlier design, the continuing limitations of the technology mean that for the time being Toyota will continue to consider using it as part of a car’s power supply rather than its sole source of energy.

Another automaker interested in incorporating solar cells into its vehicles is Hyundai, while Dutch firm Lightyear wants to launch a car partially powered by solar cells in 2021.

Interestingly, the engineering team behind the Lightyear One vehicle finished in first place multiple times in the World Solar Challenge, with its most recent victory in the solar-car race coming in 2017.