Tesla’s roof solar panel costs are higher than most people have expected. In a recent report they found that Tesla is charging $85,300 for its solar roof. The solar solar roof is struggling on the U.S. solar market, most likely due to the fact that the roof costs so much compared to standard home solar panel costs. Despite the fact that the panels are being manufactured in the U.S., they are being exported and Tesla’s roof solar panels are struggling on the American solar market. 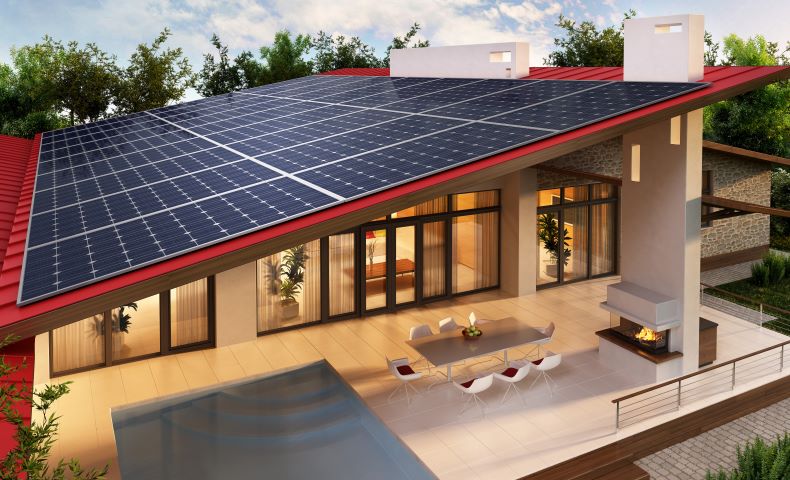 Tesla is charging just over US$85,300 for its Solar Roof solution for a 9.45 kW system on a 1,862-square foot roof, Electrek reported on Friday, citing an actual Tesla quote sent to a client it has obtained.

According to the Tesla quote that a reader from the Bay Area sent to Electrek, the solar roof on the 1,862-square foot roof would cost US$64,634, the Powerwall would add another US$10,050, and roof and site repairs would cost the customer an additional US$10,630.

Despite the benefits and cost reduction over time, the initial investment in such a solution is quite steep, according to Electrek.

At Tesla’s shareholders’ meeting earlier this week, Musk said that the version 3 of the solar roof will be one of “the cheapest roofs available.”

“So you can have a great roof with better economics than a normal fairly cheap roof and your utility bill,” Electrek quoting Musk as saying.

The high upfront price of Tesla’s solar roof solution could be one of the reasons why the company is struggling on the U.S. market.

Last month a Reuters report said that most of the solar cells made at Tesla’s solar factory in Buffalo, New York, are being exported instead of being installed on U.S. homes as originally planned, as Tesla continues to struggle on the American solar market.

Want to see how much you can save by switching to standard roof solar panels? Use hahaSmart price checker.