Though Dubai has a booming oil and gas industry and they are still looking into new and environmentally-sustainable sources of renewable energy. On June 9th, Dubai launched a search for consultants who can advise on solar-energy ideas. 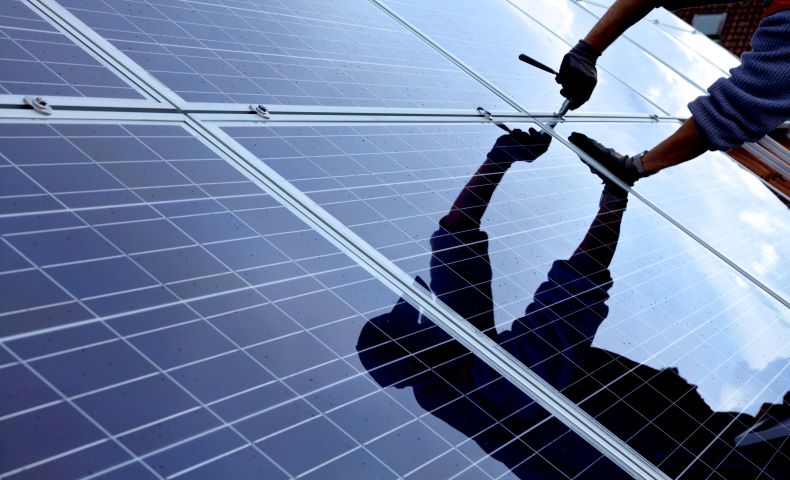 The waters of the Persian Gulf are dotted with oil and gas rigs, drilling below the sea to pump hydrocarbons to the surface. Soon, however, they may be the location for a more environmentally-sustainable energy source.

Dubai Electricity and Water Authority (DEWA) says it is thinking about developing floating renewable energy plants in the Persian Gulf. On June 9 it launched a search for consultants who can advise it on the idea.

The utility company’s plans fit in with the wider ambitions of Dubai’s government to develop its renewable energy resources. The city-state – which, unlike neighboring Abu Dhabi, has relatively little oil or gas – is following a plan known as the Dubai Clean Energy Strategy 2050 which aims to ensure that 75% of its total power output comes from clean energy sources by 2050.

To reach that target, the authorities estimate they will need to have 42GW of clean electricity-generating capacity in place by then. Some large projects are already being developed to help reach that goal, including the Mohammed bin Rashid Al Maktoum Solar Park on the desert outskirts of the city – believed to be the largest single-site solar energy project in the world. The first few phases of that are already up and running, but it is still being expanded, with the aim of having 5GW of installed capacity on site by 2030, at a total cost of around AED50 billion ($13.6 billion).

Now, DEWA has asked consultants to bid for a contract to advise it on developing and constructing solar photovoltaic (PV) plants out at sea. The contract will cover a wide range of areas, including feasibility studies and an environmental impact assessment report. What isn’t yet known is how much offshore solar capacity Dubai is planning to develop or exactly where it will build it (DEWA did not respond to a request for comment for this article).

Dubai is certainly not the first to explore the idea of offshore solar farms. In November 2013, for example, the 70MW Kagoshima Nanatsujima solar power plant began operating on a disused artificial island in Kagoshima Bay in southern Japan, providing enough electricity to power 22,000 homes.

Reclaiming land from the sea is something Dubai has plenty of experience of – not least through projects like the Palm Jumeirah and The World – but reclamation is an expensive process. If DEWA can successfully develop a floating solar plant it should be far cheaper than having to build one on a newly-created island.

There are examples of other floating solar power projects, but they have tended to be built on the sheltered waters of dam reservoirs, such as those at Alto Rabago in Portugal and Yamakura in Japan, or other inland bodies of water, such as at Colina in Chile or Huaibei, China.

However, in February last year, a consortium of mostly Dutch firms (but also including Abu Dhabi-based Taqa) said it had started work on what would be the world’s first offshore floating solar farm. One of the firms involved, Oceans of Energy, says the first unit has been built in the Dutch sector of the North Sea and more units will be added this year, eventually covering an area of 2.5 square kilometers.

Allard van Hoeken, founder and chief executive of Oceans of Energy, says his company is aiming to develop five other pilot projects. “We are looking for islands that would like to use solar power without scarifying land space, geographically spread around the world,” he says.

Others have also been developing offshore plants. In November, Singapore-based Sunseap Group announced a plan to build a 5MW offshore floating solar PV plant in the Straits of Johur, on the border between Singapore and Malaysia. The project is due to cover around five hectares of open water and will provide enough electricity to power 1,250 four-room flats in the nearby crowded city of Singapore.

Turning to the sea makes sense in a place like Singapore, where empty plots of land are at a premium – on the open water, space is all but unlimited and there are no shadows from buildings or trees that can creep across a solar panel. The same is not true of Dubai, which has vast swathes of sun-soaked, uninhabited desert landscape. But there are other benefits to moving offshore. “Seawater causes a cooler temperature which increases the yield of solar panels compared to the high temperatures on land,” says Van Hoeken.

There are plenty of challenges with offshore solar farms, not least ensuring the power plant can withstand the battering it will receive from wind and waves. Other issues which have to be dealt with include the habits of wildlife, including barnacles and algae attaching themselves from below and, from above, bird droppings.

If such challenges can be overcome, though, solar panels could be installed in and among offshore wind turbines, making even better use of the sea area.

The enthusiasm for making better use of solar power is being fueled by the ongoing fall in the cost of renewable energy in general - with most clean energy technologies now able to compete on cost with traditional fuels such as oil, gas, and coal. Oceans of Energy says its system will come in below the cost of offshore wind.

Before you switch to solar check to see how much you can save using the hahaSmart price checker.