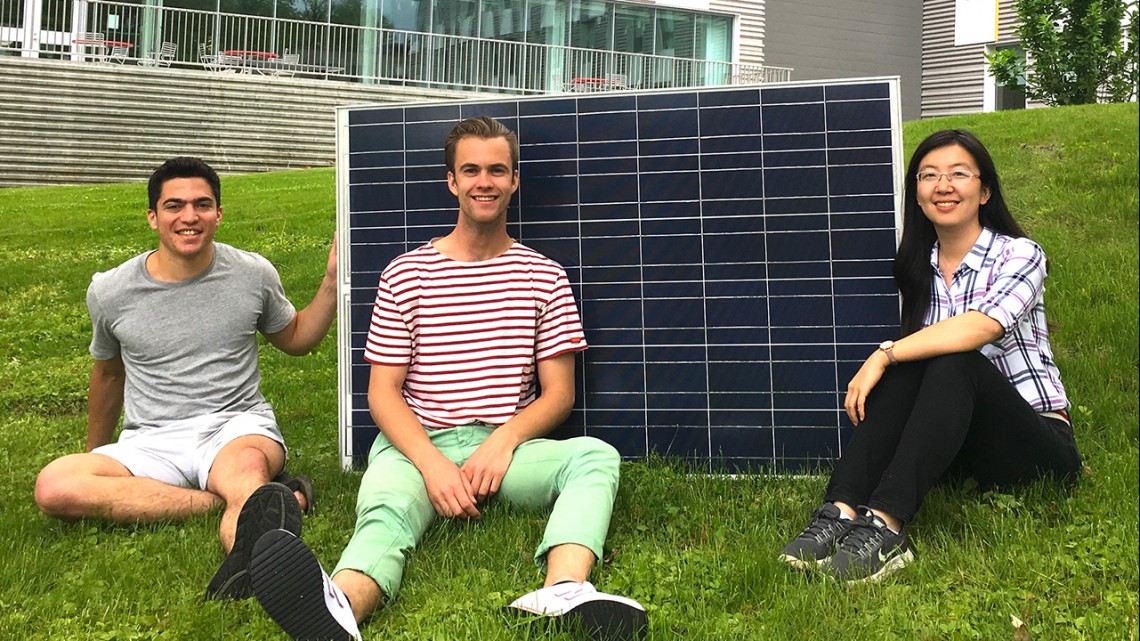 New York Solar is expanding by adding utility-scale solar farms throughout the state, summer electricity demand from conventional sources could be reduced by up to 9.6% in some places by replacing them with solar panel electricity.

By adding utility-scale solar farms throughout New York state, summer electricity demand from conventional sources could be reduced by up to 9.6% in some places.

But Cornell engineers caution that upstate winters tell a different tale. With low energy demand around midday in the winter, combined with solar-electricity production, New York’s power system could face volatile swings of “ramping” – which is how power system operators describe quick increases or decreases in demand.

“It’s a very surprising finding,” said senior author Max Zhang, Cornell associate professor at Cornell’s Sibley School of Mechanical and Aerospace Engineering. “When are you going to have maximum ramping take place in New York? It’s not going to be in the summer when the solar power is the highest and the needs are more balanced. It turns out to be in the winter.”

Said Zhang, a fellow at Cornell’s Atkinson Center for a Sustainable Future: “When you have several days of sunshine in a row during winter, that causes the largest ramping on the power system in New York state.”

The energy industry’s ramping dilemma – due to spikes in net load, which is the total electric demand minus renewable electricity generation – creates a so-called “duck curve.” When people wake up and prepare for the day, it takes energy to run the house – and that becomes the morning peak. Since solar reaches peak production in the middle of the day, the net load lags.

Ramping makes the grid less efficient, because system operators then must employ natural gas or other carbon methods to keep up with demand, Sward said. “This paper can inform regional development trends and could lead to the improvement of electricity transmission from upstate to downstate,” he said.

“The increasing ramping requirement will be a challenge in pursuing our renewable energy target,” said Zhang, “but it can be met with flexible resources, both in the supply and demand sides, as well as energy storage.”

Jennifer Ifft, assistant professor of Cornell’s Dyson School of Applied Economics and Management, consulted on the research. Mackenzie Kinard, M.Eng. ’17, Kaleb Rousch, M.Eng. ’17, and Danyang Guo, a visiting doctoral student from the Harbin Institute of Technology, also consulted on this paper. Cornell’s Northeast Regional Climate Center provided the solar and other meteorological data for the analysis.

Want to go Solar in New York? See how much you can save before the installer comes out by using the hahaSmart price checker tool