Appeals court rejects an electric company assertion that solar panel installers do similar work as roofers and that they need to follow general construction fall-prevention regulations during the installation of solar panels. 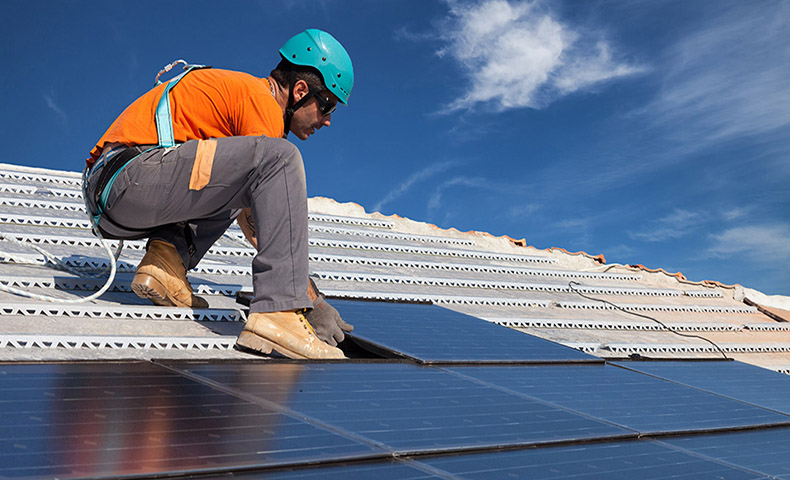 In a unanimous opinion, a three-judge panel from the U.S. Court of Appeals for the Ninth Circuit in San Francisco upheld an OSHA safety citation against Bergelectric Corp.

Bergelectric Corp., , headquartered in Carlsbad, Calif., was asking a federal appeals court to overturn a ruling it failed to protect workers from falls while they were installing solar panels at an air station in San Diego, a case that centers on what is considered “roofing work.”

While installing the panels on a hangar’s roof at the Marine Corps Air Station Miramar, the electrical contractor used warning lines and safety monitors.

However, the agency ruled that the company violated principal fall protection standard.

Concerns about how well solar workers are trained to avoid potentially lethal hazards, from falls to electrocution, have come up in recent years as the number of workers rises.

Get creative and design your own rooftop solar system with the hahaSmart design DIY tool. A New Solar Cell That Generates Power at Night! 21 hours ago