The solar industry has been active in efforts to supply Puerto Rico with power after the devastation of hurricanes Irma and Maria. Sunnova Energy Corp. has been particularly active, as the largest residential solar provider in Puerto Rico (just under 10,000 systems installed), by sending energy storage systems (batteries) to the island to integrate into existing solar installations. The batteries are part of an effort to solve the immediate needs of Puerto Rican customers and to create a more resilient, long-term power service for the island’s energy infrastructure, which must be almost entirely rebuilt. 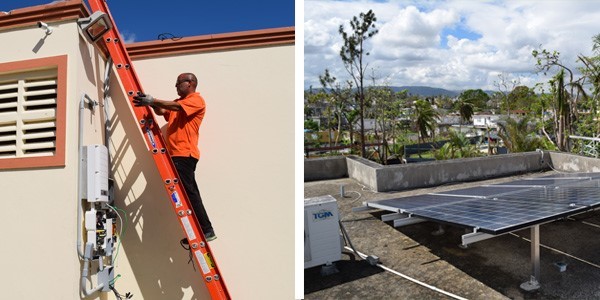 Sunnova’s first energy storage system test case, a 10-kW battery, was installed last week in the Greater San Juan area. By the end of the year, Sunnova hopes to have hundreds of batteries on the island, with thousands or more batteries arriving in the new year.

“This is a seminal moment, as crises often are, where we will see the energy business fundamentally change because of what’s happening now,” said Sunnova Chief Executive Officer John Berger. “Solar and batteries will be a necessity for short-term needs and long-term energy planning. The grid in Puerto Rico needs to be rebuilt to become more resilient, and that includes one with distributed solar and batteries.”

As usual, the Solar Energy Industries Association (SEIA) has been coordinating efforts at a high level.

“We are working with Federal Agencies including the Department of Homeland Security and FEMA, the Army Corps, logistics coordination groups like ALANaid, and industry groups such as the Energy Storage Association (ESA), the Edison Electric Institute, and the American Public Power Association,” noted Abigail Ross Hopper, president and CEO of SEIA. “We are also coordinating with solar industry representatives in Puerto Rico and elsewhere to identify the most critical areas of need.”

SEIA has setup a page specifically for solar companies (or any interested people) to donate products, time, money in anyway. 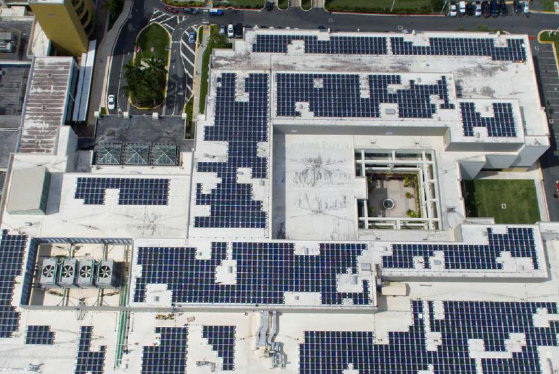 Additionally, many PV systems that were already installed remained intact and operational after the disasters. Another example sent our way was a 645-kW rooftop solar array at San Juan, Puerto Rico Caribbean VA Hospital, which is the largest federal medical facility in Puerto Rico and serves the entire Caribbean Basin.

The medical center includes multidisciplinary ambulatory facilities, 348 authorized hospital beds, 12 blind rehabilitation beds and 120 nursing home beds. The Center services a population of approximately 150,883 veterans in Puerto Rico and in the US Virgin Islands according to 2000 US Census figures. The VA Caribbean Healthcare System has various specialized services that are unique in Puerto Rico.

The rooftop system consists of SunPower 327W modules and Sollega’s FastRack 510 ballasted mounting system. The one-piece FR510 requires no assembly, and its universal design allowed Valor Construction to install the PV modules, with the same simple and intuitive installation procedure. The hybrid system (ballast & mechanical anchors) has proven to exceed the engineering design of 165 MPH.