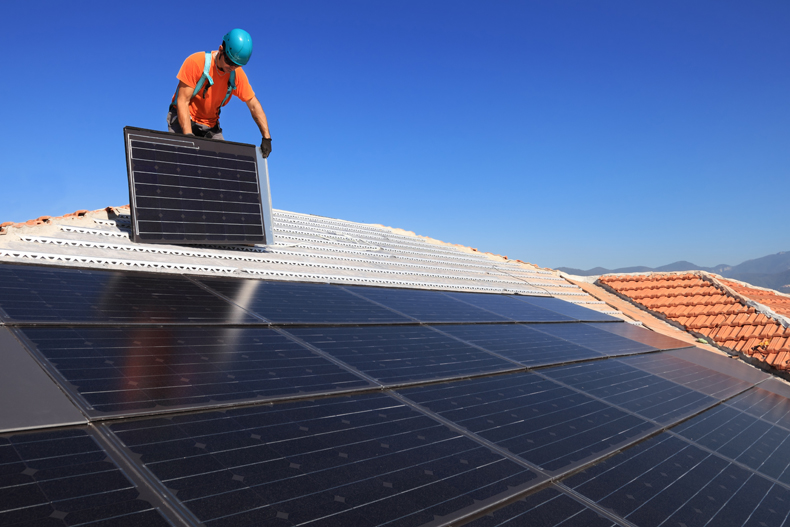 It doesn’t matter what way your roof faces, modern solar panel installers can design a solar panel system for any roof. As long as you have sun, there are solar panels that can cover your power needs.

It used to be that only single-family homes with a southern facing rooftop could get solar panels, but thanks to an improvement in efficiency of the panels and an acceptance of solar in general, now people in condos, townhomes, and even whole communities can enjoy solar.

Solar is still quite useful if connected on roofs that face east, west, north, and south. Not every home has a tree-free southern facing roof. Solar is still quite effective if installed on roofs that face east, west, north, and south. Often where there is not a south-facing roof, a house will have both east and west facing roof spaces. In this instance, the preference is usually for the one that is orientated closest to the south but with the introduction of time of use billing and late afternoon peak periods more people are now opting for the west to capture more power generation in the later afternoon.

How solar panels operate in the shade

Shade will affect the number of kWh (kilowatt hours) of electricity that home solar panel systems would produce, but modern solar installers can work around these issues and find the setup.

The purpose for this is that solar panels were connected electrically in a series (often known as a string), almost like Christmas lights are all connected together with one wire. Prior to 2011, it was the case that a small amount of shading would make solar panels not viable for a home.

In this configuration, the amperage that can come from each panel is only as much as the amps that flow through the panel with the lowest amount of current. It’s like the sports adage, you are only as good as your weakest link. If one panel is shaded it would lower the output all the panels in the string.

However, since 2011 micro-inverters and panel level optimizers have become quite common and have taken a significant portion of the market share ways from string-inverters.

Microinverters optimize the power at each panel level by varying current (I) and voltage (V) to maximize power output and then converting it to AC power at the panel. What this means is that a reduction in Amps in one panel caused by shade no longer affects the other panels that are not in shade.