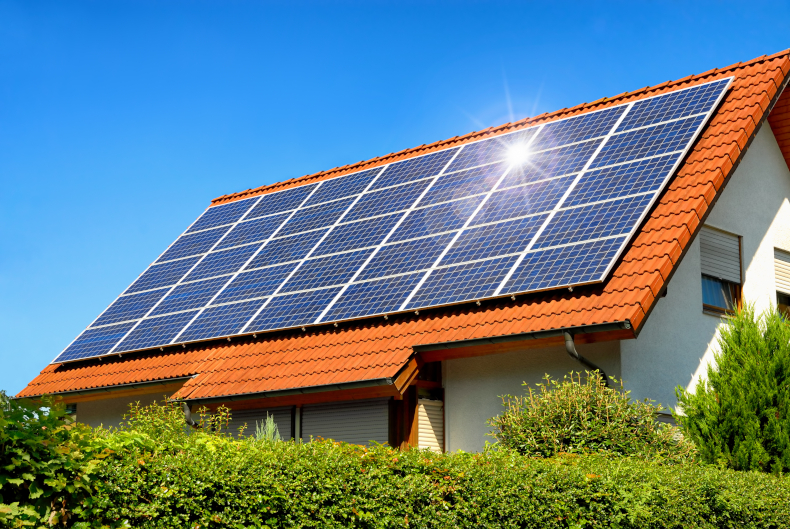 Greenhouse gases and clean energy
The constant threat of pollution motivates the search for clean, renewable energy sources. The popularity of solar energy is steadily increasing, with governments, people and businesses all over our planet recognizing the benefits of generating their energy with solar technology. In this article, we will have a closer look at the environmental impact of solar energy.

How do we define the greenhouse effect?

The main factor contributing to the earth’s warming comes from water vapor and clouds (75%), followed by carbon dioxide (20%). Methane is another significant greenhouse gas with around 5 – 10%, ahead of ozone which contributes to around 3 – 7% of the greenhouse gases, leaving the rest to some other gases and aerosols. The greenhouse effect was originally considered a blessing of nature because without these the average temperature would be much lower and make life on earth more of a struggle for many species. If the effect increases even slightly, the temperature will rise, and threaten human life. The industrial revolution followed a steadily expanding mechanization and a rapidly growing population on earth have produced an increase of greenhouse gases in the atmosphere.

The environmental impact of solar energy is not easy to define. One important measure is the greenhouse gas emission caused by its production. What this means is that the mass of GHG produced by all processes of the production and use of solar PV modules and balance of the system, divided by the total PV energy in kWh produced by the system, is 46 gram/kWh averaged over the complete life cycle of the system.

There has never been a better time to go solar!