The Dark Side of Solar: Poor Regulations in Manufacturing

Not all solar manufacturers are created equal.

Poor regulations leave room for some solar companies to cut corners and harm the environment in production, reducing the overall environmental benefits of solar.

To help solar get greener, we need to call for policy changes and buy only from responsible solar panel manufacturers to make a positive change for our environment.

The Dark Side of Solar Panels 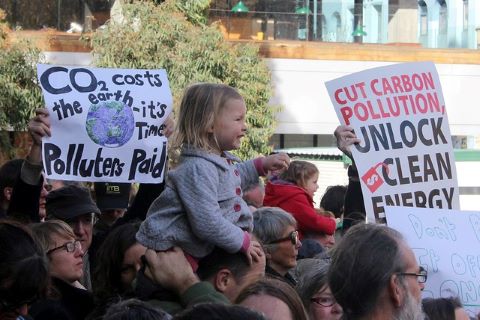 While many people most commonly ask whether toxic materials in solar panels leak into landfills (the answer: risk/toxicity is minimal, especially with proper disposal or recycling), we should really be looking at toxins and carbon emissions resulting from poor manufacturing processes, and calling for change.

This means that where you buy your panels from will have a big impact on how environmentally friendly they are. At least, until better rules are put in place.

How Solar Panels Are Made

Before we can examine safe practices, we should have a better understanding of what is involved in the solar panel manufacturing process.

Most of today’s solar panels start as quartz, which is refined into silicon using big furnaces.

The next step is turning silicon into polysilicon, which also creates the toxic byproduct compound, silicon tetrachloride.

The polysilicon is purified into ingots and then sliced into wafers. Impurities are then introduced to create the solar cells that produce the photovoltaic effect.

While most photovaoltaic panels are silicon-based, a new technology is growing in the market: thin-film cells. These cells are cheaper to manufacture, use less energy and materials, and yet, are just as efficient as silicon-based cells.

Layers of semiconductor material are placed on a substrate of glass, metal, or plastic, skipping all the melting, drawing, and slicing of the other process and producing less waste overall.

Since there isn’t a need for harmful chemicals like hydofluoric and hydrochloric acids, many of the risks of silicon-based manufacturing are eliminated. However, this technology comes with its own concerns.

Now that you have a better idea of what’s involved in the manufacturing process, let’s take a look at some of the environmental risks and poor practices in the industry raising concerns.

While most manufacturers can save money by recycling the silicon tetrachloride waste to make more polysilicon, the equipment needed to do so is costly.

As a result, some manufacturers just throw away this toxic by-product, often without proper disposal measures. If exposed to water, it releases hydrochloric acid, which acidifies the soil and emits harmful fumes, causing problems for local communities exposed to it.

In addition, with solar growing, polysilicon refineries have become necessary in some areas, with many built in China. Without rules in place governing safe storage and disposal of silicon tetrachloride waste, these refineries often just dump waste carelessly, creating a local environmental hazard.

The good news is that this situation has improved in recent years.

After a story in the Washington Post exposed this dumping in China, solar stock plummeted. As a result, manufacturers started asking about the practices of their polysilicon providers, demanding change. In 2011, China implemented a standard requiring that at least 98.5% of waste be recycled.

This just goes to show show we as a community can come together to blow the whistle on poor practices and demand meaningful change for our future.

Manufacturers often use hydrofluoric acid to clean the polysilicon wafers, remove damage from sawing, and texture the surface of solar cells. However, the corrosive chemical can destroy human tissue and decalcify bones if handled poorly, and requires careful disposal.

Again, China is an area where poor regulation has resulted in disaster in the past. A Jinko Solar Holding Co. factory in China accidentally spilled hydrofluoric acid into the Mujiaqiao River in 2011, killing fish and farm animals. Again, stock prices dropped significantly, and hundreds of locals showed up for a four-day protest at the factory. The company apoogized, promising to do better.

Thin-film cells often use heavy metal cadmium and as a semiconductor.

Cadmium is a carcinogen and toxin that an cause inheritable mutations, which can put miners and workers at risk and create hazardous disposal problems when solar panels have outlived their usefulness. Most manufacturers are careful to protect their workers, but there isn’t much information about exposure in mining and processing of the metal.

While there isn’t a risk while panels are in use, disposal can be a problem, as the materials may leak into the ground if the glass is cracked or damaged. Solar panels can be classified as hazardous waste, and should be treated as such when it is time to retire them.

The risk of contamination can be eliminated if more solar panel recycling programs are put in place as an industry standard. Many individual companies have instituted their own recycling programs, but more needs to be done to make sure panels are handled responsibly.

Some researchers and companies are looking into non-toxic alternatives to cadmium, like zinc sulfide, or reducing the amount of cadmium used, so this risk may be eliminated in the future.

Refining materials for production requires heat, which takes up a lot of energy, resulting in carbon emissions. Since solar panels produce their own energy, they do pay back energy used and carbon produced in production, with most panels averaging a two-year payback time.

However, energy payback times can vary greatly depending on the facility and the amount of carbon generated in their process. This means that some solar panels are greener than others.

For example, China depends more on coal than European countries for its electricity production. In one report, it was found that Chinese solar panels have double the carbon footprint of European-manufactured panels. Chinese panels, therefore, will require more time to pay back the energy and counterbalance greenhouse gas emissions than European panels. With China supplying half of the world's solar panels, this has a big environmental impact.

The takeaway: which manufacturer you buy from can matter quite a bit.

To see which manufacturers are ranking as the top environmentally responsible solar companies, check out the Silicon Valley Toxics Coalition’s Solar Scorecard.

While many of these risks can seem alarming, it's important to keep in mind that solar is still much less dangerous and toxic to the enrvironment than coal or nuclear plants. And as long as we stay mindful and support changes in policies and regulations, we can mitigate or completely eliminate most of these risks in the future.

The best thing we can do right now is buy only from manufacturers using safe, environmentally friendly processes, and support policies and research that encourage things like safer materials, recycling, higher standards for factories and refineries, and rules that keep our environment safe and clean.

With environmentally responsible solar companies, solar is by far the best option for a clean future.

To get quotes on different options for solar panels for your home, use the HahaSmart Price Checker.

Then design your own solar panel array with our DIY Design Tool.