While solar systems help to reduce pollution in the long run, studies show that existing air pollution in major cities is seriously impacting solar power generation, blocking the sun’s rays and preventing them from reaching solar panels. If major cities worldwide hope to utilize solar technology to the fullest, they may need to take extra steps to reduce air pollution and increase renewable energy sources. 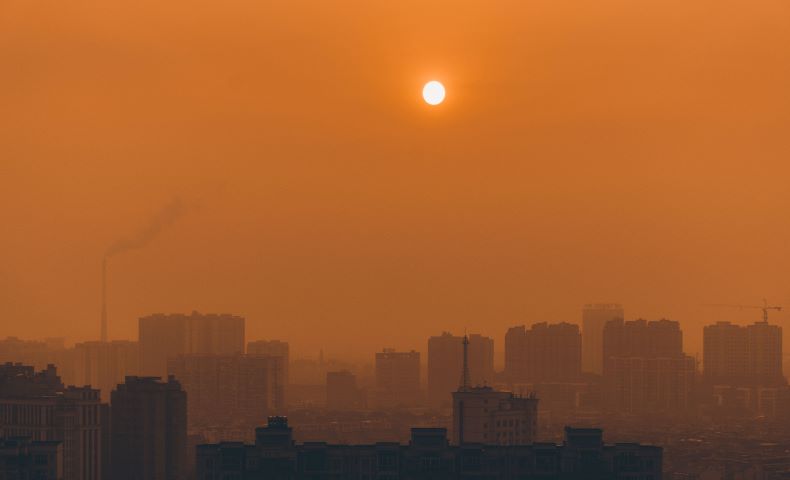 If you live in one of the major polluted cities worldwide, like Los Angeles, USA, Shijiazhuang, China, or Delhi, India, you’re probably familiar with the eerie orange glow of the sun shining through a thick layer of smog at sunset.

Flying to one of these major cities, you can expect the wings of your plane to slice through dingy clouds upon landing, even on a sunny day.

And star-gazing? Sorry, you’ll have to take a trip outside city limits if you want to catch a glimpse of all but the brightest of stars and planets.

Given how smog changes our view of the sky and blocks the light of stars at night, it must have an impact on solar power generation. The question is, how much, and what can we do about it?

You may be familiar with schools taking off for snow days, but have you heard of taking a smog day?

China is infamous for its pollution-caused smog, especially in the larger cities, with deadly fine particulates (known as PM 2.5) in the air exceeding World Health Organization air-quality guidelines several times a year in some areas.

Despite China installing half the world’s solar panels in 2017, its dense pollution is leading to reduced solar energy production, as less of the sun’s rays make it through to panels.

In a new study released in Nature Energy, PV potential was shown to have decreased by an average of 11-15% between 1960 and 2015. In the worst provinces, potential generation dropped by an alarming 20-28%. Fortunately, there is hope for change: research concluded that if China reduced its radiation levels back to 1960’s levels, there would be a 12-13% increase in electricity generation, amounting to an economic benefit of $4.6-6.7 billion USD in 2030.

Coal burning is the leading cause of air pollution in China, responsible for about 40% of PM 2.5, and causing 366,000 premature deaths in 2013.  China uses as much coal on a yearly basis as all other countries combined, and coal burning is one of the primary causes of climate change.

Switching to greener sources of energy, like solar, is part of an effort on the part of China to reduce smog and air pollution. However, in a sort of Catch-22, smog prevents solar energy from being generated, just as solar energy might help eliminate smog… if the sunlight could get through.

In short, China will likely need to put other measures in place if it wants to reduce air pollution and get more out of its solar initiatives. Not only would reducing air pollution provide a huge energy boost and savings to the growing economy, but it would save thousands of lives with healthier air.

Another study released in Energy & Environmental Science looked at the effects of pollution over a two-year period in Delhi, India, and found an average reduction in solar output of 12%, enough to push some companies below profit margins. Other materials in solar panels besides standard silicon panels were impacted even more, with perovskite impacted the most at 17% reduction in Delhi.

The total loss? As much as $20 million annually.

One of the authors of the study, Ian Marius Peters, an MIT research scientist, says that if companies do not factor in the effects of haze on solar panels, there is the potential for solar projects to fall short of expected revenues, harming the project and causing a ripple effect that may deter others from investing in solar, which is a big concern, as investing in solar is one of the best ways to combat the smog causing the issues.

While coal is a major player in air pollution (Santa may want to rethink his gift to naughty children), it is by no means the only factor.

Many of the top cities with reduced solar output are not polluted by man-made sources, but by natural occurrences. Some of the sources of pollutants may surprise you.

Wild fires can have a huge impact on solar output.

Remember the study in Delhi, India? The inspiration for this study came, not from city pollutants, but from forest fires in Indonesia. Study author Peters was working on solar research in Singapore in 2013 when the city was suddenly engulfed in a thick haze of acrid, foul-smelling smoke. Fires, along with unusual wind patterns, inundated the city in smoke for two weeks and spurred a study on the impact of such hazes on solar in dense cities. 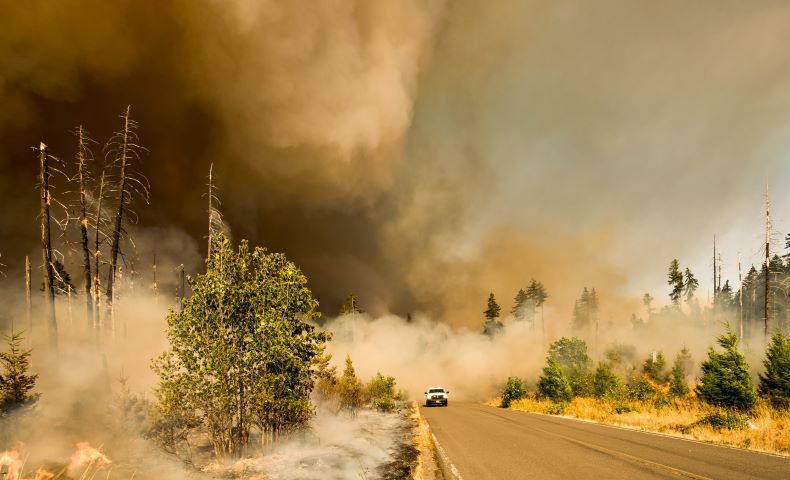 In the United States, California has some of the highest levels of air pollution, much of it stemming from wave upon wave of raging wild fires caused by chronic drought and heat. While most of the PM2.5 in the US comes from power plants and car exhaust, around 20% is from wildfires.

The Camp Fire in Northern California in 2018 burned over 18,000 structures and is listed as the deadliest wildfire in California history. While the fire burned, California communities hundreds of miles away saw some of the worst air quality in the world. In cities like San Francisco and Sacramento, being outside for a day was the equivalent of smoking 10 cigarettes. Smoke also caused a temperature drop of up to 10 degrees as haze blocked the sun - and also solar panels, with particles and ash raining down.Sadly, we can expect to see more events like these occurring in the future as climate change makes large fires more likely and turns fire season into a yearlong event. That is why it is so important to adopt green technologies like solar, which curb the

One of the more surprising natural events that may reduce solar efficacy are dust storms.

In arid areas where dust is abundant and wind may be extreme, dust can be a leading cause of air pollution. Dust is also terrible for solar panels, settling and covering the surface, preventing sunlight from getting through. Without regular cleaning, dust can reduce the efficiency of solar panels by a very significant amount.

According to Interesting Engineering, one of the most air-polluted cities is Zabol, Iran, which is known for its “120-day wind,” a dust storm that rages during the summer months. This is not only dangerous to breathe, but also seriously hampers solar energy production.

Construction Is Not Always Constructive When It Comes to Solar

Aside from natural dust storms, dust from construction is also a leading cause of air pollution.

India’s capital, Delhi, has the second largest population in the world, and is set to grow by another 9 million in the next 15 years. To keep pace with this growth, construction sites abound, with around 70% of buildings planned for 2030 yet to be built. Poor building standards make construction the third-largest contributor of pollutants in the city.

Aside from obvious sources like car emissions, coal, and rubbish fires, dust from unregulated constructions sites is big contributor to air pollution in Delhi, along with dust kicked up by cars on its poorly maintained, often unpaved roads, which contributes 30-56% of pollutants, a 2016 study found. A 2015 study of 19 construction sites found that air quality exceeded safe limits at least three times over, with workers suffering the worst.

In order to reduce pollution and get the full benefit of solar energy, Delhi will need to rethink its construction rules and regulations, and consider paving more roads.

Finding a Solution to Pollution

In order to increase the benefits of solar panels, change is needed to reduce pollutants in the atmosphere.

One solution would be to reduce the coal sector and allow other green sources like solar to replace it, instead of just adding to it.

Another option is to limit the particulate matter from power plants by furnishing them with technologies to limit pollution. However, some experts suggest that this solution is limited, as it doesn’t cut down on greenhouse gas emissions.

Also, if you are going to invest as large amount of money, wouldn’t it be better to invest in, for instance, going 100% solar, instead of extending the use of harmful coal plants?

In the long run, an aggressive plan to adopt more renewable energy sources and curb coal and other polluting sources is the best course of action. In order to make a noticeable difference, countries will need to commit to much more ambitious renewable energy initiatives and do everything in their power to commit to a greener future.

Help build a greener future by going solar at home - check the price of solar in your area.