What You Need to Know About a Solar Panels Efficiency 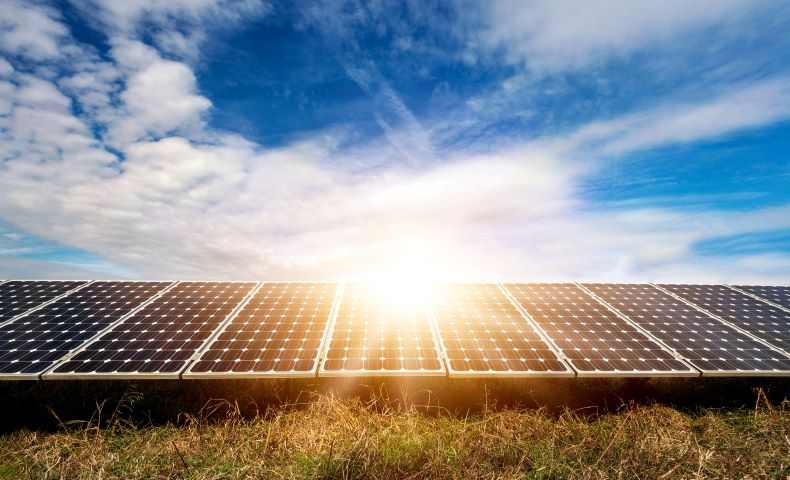 A lot of perspective solar panel buyers believe the myth that solar panels don’t work unless it’s a clear sunny day. Another myth that most people can find themselves believing is that solar panels aren’t that efficient and that they aren’t able to power a whole house. Which is the reason that most people veer towards the use of fossil fuel produced energy and they believe that clean, renewable energy is perfected and that it won’t be of use until it is. But the technology is already at a point where the world can solely relay on renewable energy.

The efficiency of a solar panels percentage is anywhere between 15-22%, which sounds low to a lot of people, but it actually isn’t low at all. The number doesn’t mean that the panels can only power 15-22% of a house. What it means is that the solar panels can take the energy from the sun and convert 15-22% of it into energy.

Another myth that a lot of people can find themselves believed is that solar panels aren’t able to produce any energy on a cloudy day. But that is just a myth. The sun is a whole lot more powerful than most people believe and the solar panels can absorb energy from any light that the sun produces, which includes the light that is reflected light.

The only thing that you will need to worry about on cloudy days is if you’re off the grid. Because if you are off the grid you won’t have a backup through the excess energy supply from a utility company and if there are multiple days with the cloud you may have to use less power. But if you are on the grid, you won’t even see a difference because you’ll be able to have full access to the extra energy from your utility system.

Snowy Days Are Annoying For More Reasons Than One

While solar panels will function just as much (if not better) in the winter, since it’s not the heat that powers your panels, but light, there is still one thing you will have to worry about: snow. If your panels are tilted, hopefully, most of the snow will fall right off. However, if snow does get stuck on your panels, it could be enough to stop power generation completely. If this happens to you, click here to read a guide on how to get the snow off and keep your panels functioning normally.

And yes, going back to the efficiency of a solar panel during the winter, it’s likely your panels will actually function better during the cold season. This is because machines with moving parts often function more efficiently when it’s cold.

On top of that, if you live in a snowy area, the snow will reflect the light much more intensely, allowing your panels to generate more energy than usual. Just make sure you clear the snow off your panels!

Increase The Efficiency Of A Solar Panel

Often it's a safe idea to plan for the future. Have you ever tried to put together some complicated furniture without reading through the instructions, and the desk end up more like a chair? Or, perhaps you consider yourself quite the chef of your home, and those ham packed fruit bars didn't end up exactly the way you had foreseen.  It's a good idea to make a plan. When you are thinking about going solar, planning is vital to make the best of your solar panel solution. To get the best price on solar, please read onward, here are some things to consider as you head into your solar panel future.

The sun is the beginning of a solar panel's story to produce electrical flow for your home. So, it is essential that you feed your solar panels well with the energy of our solar system's main power source.  Solar panels require direct sunlight, so houses heavily shaded by bushes are not likely good places for installation. Yet, some households take to removing said bushes to grant for solar panels.

With this kind of trade, make certain that the cooling shadow the bushes provide outweighs the benefits of solar panels. In certain circumstances when a home is only partially shaded, solar panels can be installed to bypass darkness.  Another resolution is that one could install a few additional solar panels, and this extension can make up for the lost product from too much darkness. Shade and darkness are not the best friends of your solar panels, so make sure you attempt to place them in areas that have as little of these factors as possible. It will really help in the overall ability of your solar panels to generate power.

Before you consider getting that enormous addition to your home solar powered system, you will require to take a look at your home's foundation to make sure it makes sense to get solar panels or to affix your house first. If your house is troubled by poor insulation, broken air ducts, Century-old glass windows or other ineffective features, it might signify the time to update.

A lot of times the purchaser will find that certain types of improvements and upgrades will end up being less costly and more cost-effective than appending solar panels. Also, a home that is energy-efficient will need less solar panels to counterbalance for a significant portion of its energy requirements.

Are You Ready For Solar?

Because numerous would be solar panel consumers will be preparing their panels installed on the rooftop of their home or business, having a glance at the state of the roof is important.  If the roof is near the limit of its thread, new shingles will need to be installed earlier to or while the installation of solar panels is happening. If it is assumed time for a new roof in the next couple of years, study that it can cost $2,000 or more to transfer the solar panels to make a free up area to put those amazing solar panels. So, it is obvious that one should wait to install the panels until replacement or the new roof is created.

Purchasing and installing a solar-powered system that you completely own and maintain is no longer the only option if you want to go solar. Even if you rent your home or don't want to purchase a rooftop solar powered system, there are many programs will enable you to still profit from solar electricity.