Solar Panel and The Snow 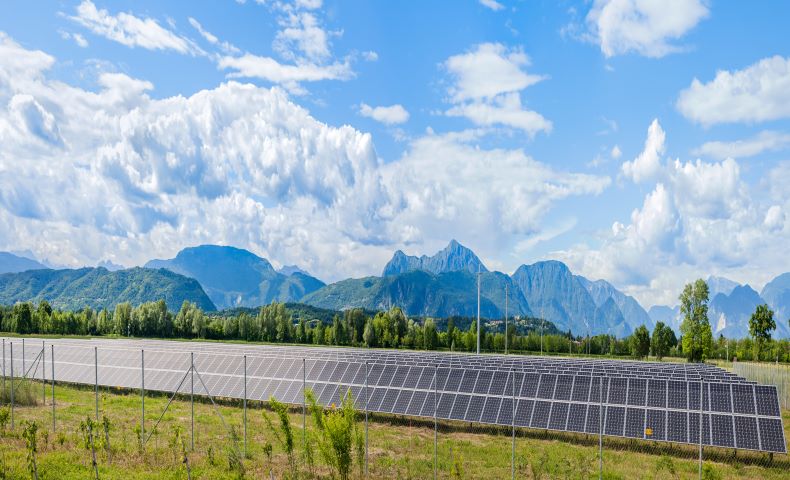 Solar Panels and the Snow

A common myth when it comes to solar panels is, if you live in area’s where you get snow, your solar panels won’t work in the winter. But the cold winters actually improve the solar panel output.

Just because you don’t live in an area like Los Angeles, doesn’t mean your solar panels will have a weak performance. If you live in northern America and are considering solar panels one thing to keep in mind is, the worst times of winter usually last three months.

Sunny states aren’t the only place where home owners should consider going solar. The Solar Energy Industries Association (SEIA) has Massachusetts, New Jersey and New York in the top 10 rankings for states that have the highest installed solar amounts in 2019.

The largest percentages of solar installs in these colder states actually come in the winter. One of the main reasons for this is the relation to electricity prices and the winter months and savings being one of the biggest factors when people are considering going solar.

If you are considering solar panels and live in an area with snow there are a few things that you may want to keep in mind.

Every single solar panel has to go through a pressure test

These tests that these solar panels go through will assess the panels durability and quality. The tests determines how much weight the panels can endure and typically, snow will not be heavy enough to cause any issues for the panels. The higher the rating the panel gets based off the tests, means the more weight the panel can endure.

Preparing for Solar in the Winter and Snow

Many new solar panel owners are worried about what impacts the snow will have on their systems. There are actually a variety of factors that could affect your solar system during these upcoming chilly months, so you’ll want to make sure you’re prepared for all of them. Keep reading this blog to get a guide on how to deal with your solar panels during the winter and what things you should be looking out for when the temperature drops and the snow begins to fall.

What to do if snow falls all over your system

Unfortunately, snow falling onto your system will cause under-performance and could cause your system to not produce energy all together. If you notice any snowfall on your system that sticks, you’re going to want to clear it off right away. If your panels are tilted, you might be able to get away with not having to do anything, as it might fall off on its own. However, if it doesn’t, you’ll need to clean it off. If you don’t, you’re going to have to deal with either paying a ton more on your next electric bill, or you’re going to have to deal with your lights completely going out if you’re on the grid.

Luckily, we’ve created a handy little guide for what exactly you should be doing if your panels get covered in snow and you need to clean them off. Click here to access our snow cleaning guide. But please remember, safety always comes first! Especially when you’re dealing with a snow-covered rooftop!

What if you want to install solar panels during the winter or the snowy seasons?

Some people believe that solar panel installations are a seasonal gig. This couldn’t be the furthest thing from the truth. If you want to start installing your solar panels during the winter, there’s no reason you can’t do exactly that. In fact, it might be the perfect time to do it, as it will be a good way to gauge what an under-performing efficiency day looks like and exactly what you can do to avoid it.

With winter just around the corner, you may have begun researching about snow’s impact on your panels and how to deal with it. However, what you might not have heard much about is the dangers of too much snow sliding off your panels at once. While many sites talk about how having your panels at a tilt will allow snow to slide off and prevent you from having to clean off as much, what many fail to mention is that the sliding off of the snow could cause a mini avalanche that could actually cause damage to your property. Because of this, many people install snow guards. Keep reading this blog to learn more about what they do and if you should install them to your system.

Why Solar Panels Put You at Risk for Mini Avalanches

The reason solar panels put you at risk for a mini avalanche is because they do not have the friction that an asphalt shingle does. While asphalt shingles will slow down the fall of the snow, instead of allowing it to all cascade down at once, a solar panel is so smooth that snow will just downpour all at once. This could cause a variety of damages and injuries - anything from your patio furniture getting destroyed to the windows of your car falling in to a passerby getting seriously injured by the falling snow. But luckily, there’s already a solution, and that solution is snow guards.

What are snow guards?

Snow guards are barriers installed on the edges of panels that prevent the snow from falling down all at once. Instead, these guards either release small amounts at once, or they simply wait for the snow to melt off. It really depends on which one you’d prefer. Waiting for it to melt will of course mean the snow will stay on your roof longer.

If you want to take a look at one of the top companies for snow guards that offers a wide variety of different products, Alpine SnowGuards is your best bet, offering multiple different types of snow guards for you to choose from.

When should you install snow guards?

Luckily for many people, snow guards aren’t entirely necessary. For one, if you live in an area with no snow, you obviously will have no reason to spend money on them. Secondly, if you live somewhere that snows, but it’s never very much, you again probably shouldn’t spend your money on these snow guards. If you only experience minimal snowfall, the snow will melt before it ever reaches your solar guards, anyway. You only really need to install them if you live somewhere that experiences heavy snowfall that would be prone to a large amount of snow falling all at once.

On the flip side, it’s often better to be safe rather than sorry, and snow guards are fairly inexpensive. Because of this, even if you do experience minimal snowfall, you might still want to install snow guards just in case you end up experiencing a year with extra snowfall, rather than having to worry about it crushing your car or even yourself. It’s always better to pay more upfront than to deal with the expenses that come with not taking the proper precautions initially and having to pay to fix an avoidable issue.

When it’s cold and sunny out, it’s actually good for your solar panels

Some of the best energy production months are winter months. Just like other electronics, when they are hot solar panels slow down. When it’s cold and sunny outside solar panels actually produce more per hour of sunshine in he sunshine.