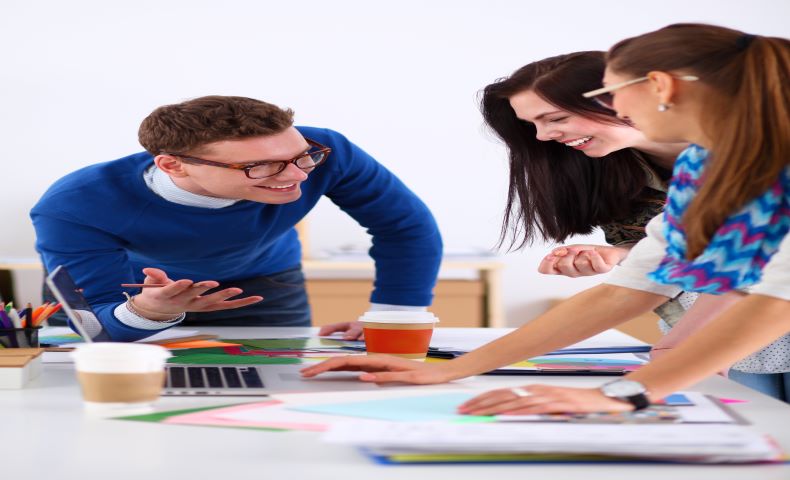 Solar power is a growing market that is still unfamiliar to a lot of people. Just like any other market, there are many myths that people who are interested in solar panels will come across while researching solar panels.

It doesn’t matter if it’s cold and cloudy, the solar panels will still capture the rays the sun is letting off and convert that energy into solar power.

Though the amount of solar power produced on cloudy days won’t be as much as that which is produced on a sunny day, your solar system will still be producing enough power to save on your electricity bills.

The reason that northern facing roofs usually produce the most power is because solar panels are usually the most efficient when they are pointing directly at the sun. In order to get the maximum amount of power, the panels should have sunlight hitting them at 90 degrees.

This myth deters a lot of people from going solar because they think that solar panels are going to be a lot of work. Contrary to this myth, solar systems are virtually maintenance free.

Yes there are a few parts that may need to be replaced over the years, but a lot of the parts have warranties, inverters are one of those parts. Depending on the manufacturer of the inverter, there is usually a warranty of 5-10 years.

When it comes to cleaning your system, you won’t need to climb on the roof and scrub the panels. A lot of times people with solar systems find that the rain keeps their panels clean enough.

On the rare occasion that the rainfall carries sand or your panels get debris on them, you just have to rinse your panels off one or two times a year. By doing so you will also prevent build up of dirt residue.

There are occasional repairs and maintenance that you should get to help get the maximum performance from your solar system.

By getting a visual inspection of the modules to check for cracks and chips you will get the maximum amount of time from your panels.

You should check your inverter to make sure that it is working properly.

Make sure that all of the connections are still working correctly.

Check to be sure that the switches and circuit breakers are all operating.

Some people worry that the solar panel installation will damage their roof so badly that they won’t be able to ever repair it. The panels themselves aren’t directly attached to the roof, instead they sit on a mounting system that is attached the roof.

Before you can get solar panels installed, the solar panel installation company will come and inspect your roof. During this inspection the company will decide if your roof is structurally sound enough to hold the added weight.

The panels actually act as a protective layer over the roof. As long as you get an installer that know what they are doing your roof will be in good shape. Most of the times when there is damage done to the roof upon solar panel installation, it is due to poor workmanship and usually a result of an unqualified solar panel installer.

Solar is only for rich people

A lot of people believe that solar panels are a purchase that only affluent people can afford. But this isn’t true, especially today. There are financing options that are very accessible to homeowners and the cost of solar is continuing to fall.

The fear is that it is just too expensive and since it’s that expensive, why even bother to install solar. The truth is solar prices are falling all the time. The old economic adage that competition drives prices down is at work here. Installation companies know that there are plenty of other companies doing the exact same thing and therefore they all try to keep their prices about the same. If one quote seems too expensive, get another from someone else.

The key here is to compare some quotes from three to four different installers and take the one you like the most. There are also tax incentives at the federal, and state level that can really cut down on the total price of a solar installation.

The fear is that installing solar panels is a difficult process. In reality, solar panels have no moving parts, they are mounted to racks, and hooking them up to inverters is nearly a plug-n-play process.

Your local utility will send someone out to install a net-meter in your home, and they usually do this free of charge. Basically once everything is correctly installed in racks, the panels are connected, and they start working. It isn’t easy enough people should install the panels themselves, but the process is getting easy enough that companies charge less to do it now.

Batteries not needed if you connect to the grid

The fear is that you need batteries to store power for when it is dark outside. Unless you live in an area that is completely off the grid, you really don’t need a battery. The grid is the battery. During the day, you might generate more power than you need, and that power is not simply lost.

If you want to move into the future and join the solar revolution, or if you want to find out what solar panels are right for you, go to HahaSmart.com and try our price checker tool. You can see how much a system will cost, and how much you can save over the next 20 years. For more information relating to going solar, don't forget to visit our solar blog section for more handy guides and articles.

Here’s how to find out if solar panels are the right fit for you: