Myths that no longer apply to solar power 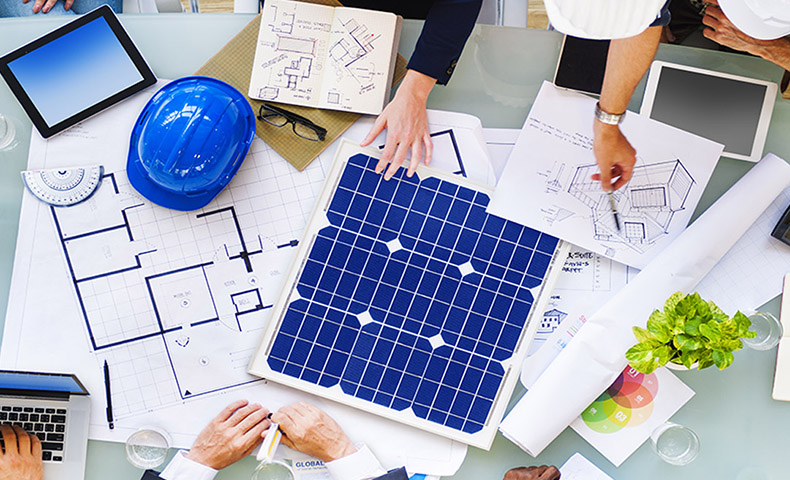 Solar power is now much cheaper than fossil fuels and paying for residential solar panels is at an all-time low, but there are still some entrenched beliefs and myths that might prevent some homeowners from taking action and moving to this renewable source of energy.

The following are some myths that no longer apply to solar power.

Critics say that cloudy weather and rain and can tremendously reduce the power produced by your solar panels. Yes, it’s true that light equals power, so the more direct sunlight the photovoltaic (PV) modules receive, the more electricity they will produce. Bright, sunny days will mean your residential home solar power system will be working at peak capacity.

But it doesn’t mean that they won’t produce any power in cloudy weather. Solar panels also absorb diffused light and albedo, or reflective, light.

There is a reduction in energy generation on cloudy days, with efficiency dropping to anywhere from 10-25% of what solar panels would produce on a bright day.

Boston, Milwaukee, San Francisco, and Seattle are cities with often inclement weather, and yet, those with domestic solar power systems are still thriving and getting efficient energy from their installations.

2. A lot of energy is wasted

Your residential solar panels will produce the most power during the middle of the day, when you’re away from home and can’t use that electricity. Some see this as a waste of energy, but net metering, which is a program available in the majority of states in the country, allow homeowners to sell the excess power they don’t use during the day to the utilities as a credit for the power they buy from the grid at night, when panels are not working.

If you produce way more power than you use, you could be selling even more energy than you buy at night, so you wouldn’t waste any electricity.

Those who can afford can also purchase a battery to store that extra electricity, so they can use at night. That way, they’ll be completely off-grid. However, these batteries can cost even more than a solar panel installation.

3. Paying for the installation of solar panels is too expensive

The costs for solar panels have come down 80% in the last decade, which has led to a boom in domestic solar power systems. On average you can expect to pay between $11,000 - $15,000 for a home installation. But you’ll recuperate that investment in about 6-8 years and your solar panels will continue producing energy for at least two more decades, with minimum maintenance.

They’ll even provide you with an estimated buyback period, the point where the electricity savings cover the purchase of your residential solar panels and your system becomes free.
In addition, they’ll connect you with their installer network to get your residence equipped with solar power as possible.

4. Solar panels will damage my roof

Yes, there will be holes made on your roof to install the racking where solar panels are mounted on, as they need to be attached to the beams inside your home, but those points of entrance will be covered and sealed with material that prevents leaking.

In addition, the solar panels will act as a buffer between your roof and weather, protecting it from wind, rain, heat and snow and preserving it. If the roof the panels needs to be repaired, the panel can be easily removed since they aren’t directly attached to the roof; and allow for fast and easy repair.

5. It will be harder to sell a home with solar panels

This myth has long ago been debunked. Studies published by separate institutions in 2006 and 2015 show evidence that homes with PV solar systems sell faster than those without. “In 2008, California homes with energy efficient features and PV were found to sell faster than homes that consume more energy.” The Government Office of Energy Efficiency and Renewable Energy states on its site.

Moreover, a recent analysis from Zillow shows that homes with solar panels sold for 4.1% more on average than others nationwide in the past year. That translates to between $9,000 in the Southern California area up to an incredible $42,000 in pricier San Francisco.