The history of the electric car 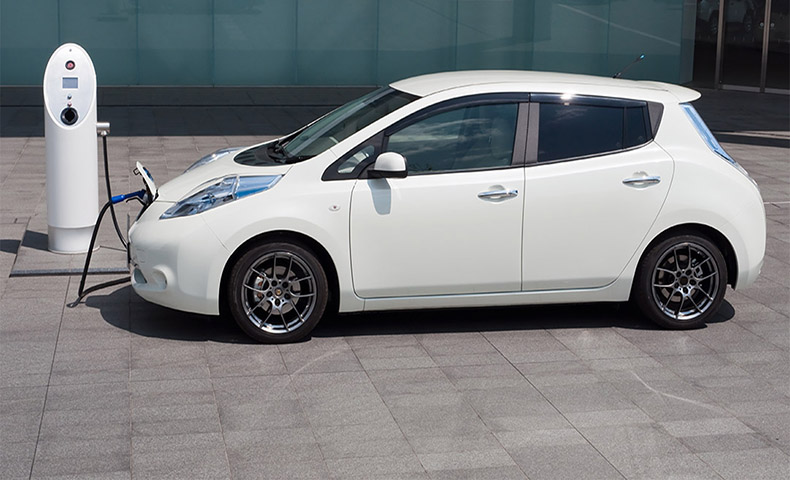 While they are considered part of the modern era, electric cars have existed for over 100 years. Here’s a brief history of them.

Prius, Volt, LEAF, Tesla. The names are synonymous with cars that no longer run on gasoline, but are powered by electricity.

They’re sleek, clean, modern machines that have left the internal combustion energy behind in place of a plug to run their four wheels.

You can even use your home solar energy system to power these vehicles. “Six to eight 300 watt solar panels can produce enough electricity to drive your electric car 1,000+ miles per month, which is somewhere around the monthly average for driving in the United States,” according to solarchargeddriving.com

Six to eight solar modules are only a fraction of what you find in a typical domestic solar power system, where the average number of panels is between 18-24.

To charge them at home, you’ll need an EV (electric vehicle) charger. According to Plugincars.com, the average cost of a Level 1 home EVSE charger is between $300 and $1,000. This device supplies 240 volts of electricity, cutting down the time you need to charge your car at home and be ready when you need to head out to work, the school or head to the supermarket.

But when did these cars began to appear on roads? While many may think that electric vehicles are a new development and only available in recent times, they have existed for over 100 years.

Here’s a brief history of them.

According to the Department of Energy (DOE), the first small-scale electric cars began appearing between 1828-1835 in Hungary, the Netherlands and the U.S. In fact, around 1832, Robert Anderson developed the first crude electric vehicle. But it wasn’t until 1889-1891 that William Morrison from Des Moines, Iowa created the first electric vehicle in the U.S. The car was mostly an electrified wagon.

In 1899 there were already ads for electric vehicles.

Around this time, inventor Thomas Edison (the creator of the incandescent light bulb) was equipping ships with DC (direct current) technology, which he championed.

As his fame and wealth grew, Edison hired other scientists who understood and could advance the wonders of electricity. One of those was a Serbian-born mechanical and electrical engineer, inventor and futurist Nikola Tesla (Yes, that’s where the name comes from).

But differences in approaches to experimentation and working led Tesla to quit Edison’s workshop and go on his own. Through his work, he developed the first working alternating current (AC) generator, and this type of electricity would later on be widely adopted in place of DC because of its advantages.

Cars began to appear in large numbers around 1900 and those powered by electricity accounted for nearly a third of them. Even Edison worked to build a better battery.

1901 also saw the creation of the first hybrid electric vehicle by Ferdinand Porsche. The vehicle was powered by electricity stored in a battery and a gas engine.

Most of the EV models used a series of batteries and a DC motor, but their range was restricted to about 100 miles and they needed to be charged every night.

And there was a more pressing restriction, speed. Normal driving speeds for electric-powered vehicles was limited to between 15-20 mph, which was acceptable back then.

But what killed the early EV versions was the batteries they used, which only produced DC power, and the lack of an AC converter small enough to fit in a car.

And then there was the appearance of the Model T, which made gas-powered cars affordable to most consumers. By 1915, electric cars were a novelty, but they did not disappear altogether.

In 1931, a Pierce-Arrow automobile had its engine removed and replaced by an 80-H.P.1800 r.p.m. electric motor. Then, they called on Tesla, who went to a local radio store and purchased 12 tubes, wire, and resisters. He then assembled the circuit into a box which he placed on the front seat, attaching the wires to the motor.

Tesla then got on the driver’s seat and pushed the two rods in and the car began to move. The car was driven at speeds of 90 mph and tests continued for a week, but when newspapers published stories about it and Tesla would not reveal how it worked, he was criticized and vilified, which angered him and he left taking his discovery with him.
Interest in EV remained dormant until the 1970s, when the oil crisis sent prices to the roof and gasoline became scarce.

Automakers began to experiment with some prototypes again and between 1974-1977, Sebring-Vanguard produced 2,000 CitiCars - a wedge-shaped compact car with a range of 50-60 miles.

But once gas prices stabilized in the 1980s, when big and bold was the norm for automobiles.

It wasn’t until 1996 when GM released EV1 that they came into fashion again. Toyota followed a year later with Prius hybrid. By 2000, the model was a success.

But without a doubt, the biggest accelerator of EVs was Tesla Motors bursting into the scene in 2006 with a luxury electric sports with a range of 200+ miles. Other automakers took notice and followed suit. Four years later, GM released the first commercially available plug-in hybrid with the Chevy Volt. Nissan followed with the all-electric LEAF.

Today, there are over dozens of plug-in and hybrid models available on the market, of different sizes, ranges and looks to please just about every consumer.

Automakers like Kia and Hyundai are also expected to bring out models later this year with solar panels on the roofs of some cars, yet another advancement in electric vehicles.