Can you run an entire household completely on solar power? 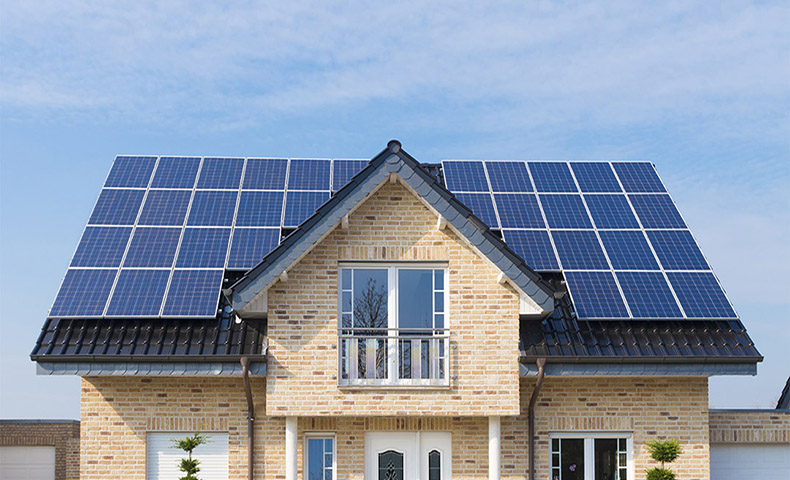 Can Your Entire Home Run On Solar Power?

Solar is a lot more reliable than other sources of energy. It’s in abundance and only needs to be channelized well for people to use it.

The prices of solar panels are now within reach of most homeowners and you want to take advantage of the plenty of sunshine hours coming this summer to power your home. But can you do it on solar alone?

This is an attractive proposition for some people, who dream of a day where they no longer have to pay an electric bill each month. As long as the sun continues to shine, their power would continue to run.

While this is true, and the short answer to the question of whether you can run an entire household completely on solar power is Yes, there are some caveats to that response.

The first thing you need to determine is how much electricity you need to power your home and have a domestic solar power system that matches it.

William Mook, Assistant at Stanford University’s Bob Laughlin Energy & Aerospace and Aeronautical Engineering Department, explains that the average home in the United States according to the U.S. Department of Energy Energy Information Agency (EIA), uses 10,299 kWh/year. Dividing by the 8,766 hours in a year this is an average power draw of 1,174.88 ~1175 Watts.

In other words, you will need a 6 kWh solar panel array on your home to match this energy use. But this is average and your needs might be different. Much of it also depends on where you live, how many sun peak hours a day your region receives and other factors.

A properly-sized solar home energy system will ensure that you get enough energy for all your electronics and appliances and still leave you with a little extra power that you can exchange for utility credit.

A lot of houses have now achieved net zero energy use. That means, their residential solar panels are producing more power than their homes need while the sun is up, and through net metering, they can sell more power to the utility than they use during the night and bad weather, when solar panels are not producing any or as much energy.

Net metering is a formula that calculates how much power is generated by solar panels, how much the consumer sells it back to the grid, and the way the energy credits are stores
While the majority of states in the country have passed laws establishing net metering, not all have. Some have rolled them back, as well. For instance, Connecticut residents are worried about the phase-out of net metering this fall.

In most cases, homeowners with domestic solar power systems get electric bills in the single digits or very low, and are mainly paying maintenance and utility fees. Now Connecticut wants to switch to a tariff-based system that would cap how much a consumer could sell back the energy they generate. Currently, the rates for solar-generated power increase over time, which those who oppose net metering say it's unsustainable.

The Constitution State is not the only one in the country facing such battles. Arizona, Hawaii, and Indiana have also eliminated net metering.

In order for a house to be completely independent of a utility, they’ll need a way to store the power generated during the day by its home solar energy system.

Used to be these off-grid homes were mainly on a very small scale, primarily in rural areas, with people who don't need electricity all the time, and are willing to just go without when the sun goes down.

But those in suburban areas now have access to powerful batteries where they can store the extra energy their solar panels are supplying. The batteries are recharged during sunny times and the energy stored is used when the panels are not producing electricity.

However, these batteries are still very expensive - almost as much or more than what your entire domestic solar power system costs - and only store 5-10 hours worth of power.  As the technology improves in the future it may become more financially viable.