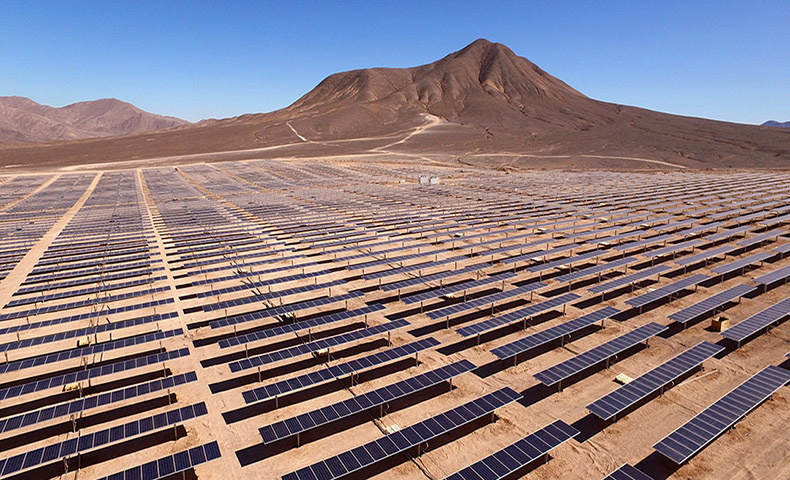 You’ve seen them in the news, as they sprout in different countries and more frequency now than ever.

Solar farms, large-scale facilities with hundreds or thousands of solar panels are now changing the landscape in remote areas, where they harness the power of the sun in enormous quantities.

For instance, the world’s largest solar farm is the Noor Complex Solar Power Plant in Morocco. Located in the Sahara Desert, the project has a 580-megawatt capacity and is expected to provide electricity for over 1 million people once completed by 2020.

Noor 1, the first phase of the three-part project provides 160 MW of the total 580 MW capacity and has already reduced the country’s carbon emissions by hundreds of thousands of tonnes annually, since it was switched on in 2016.

But not all large-scale arrays are as massive as that or in the middle of nowhere. Sometimes, they are placed in open spaces in urban areas, where they are viewed with suspicion by people leaving nearby, worried about a number of things that are nothing more than rumors spread by those who don’t understand or know the solar technology.

Solar cells are enclosed in a frame and don’t spew any pollution, nor do they mix with water or vaporize into the air. Solar is clean energy and there is no threat of chemicals being released into the environment. Solar panels are also remarkably sturdy, able to withstand regular weather conditions, including snow and extreme heat. Almost all solar photovoltaic (PV) modules are made of tempered glass, pass rigorous tests in the lab and are securely installed on racking to prevent their movement.

Besides helping eliminate the need for electricity generated by fossil fuels that generate greenhouse gases and contribute to global warming, solar panels also fight noise pollution as they are completely silent.

The only components in a solar power system that do make noise are the inverters, that may produce a soft hum as they convert DC into AC electricity. Also, if the panels are equipped with trackers, they may generate a little noise as they change position while they follow the sun’s trajectory during the day, or the seasons. But this is not a constant movement, only occasionally.

Often, solar farms are placed far away from homes with fencing or other means of blocking their view from those passing by. This also eliminates the charges of glaring coming from the solar panels. PV modules use non-reflective glass and are designed to absorb rather than reflect the light that hits the panels in order to convert solar energy into electricity.  And since the solar panels are usually ground-mounted close to the ground - making them less than 7 ft. high - they shouldn’t pose a problem to nearby communities, who may even be benefiting from the energy they produce. For example, many farmers with solar installed on their land now have a sense of economic security because of the steady stream of income they receive from solar lease payments.

In addition, unlike factories or other large-scale business enterprises, solar farms require little maintenance and you won’t have shifts of workers coming in and out of the facility at all hours of the day. They usually don’t have any solar employees, as the monitoring is done off-site.

Solar farms do generate electromagnetic fields (EMF) similar to household appliances within close proximity, which dissipate with increasing distance and pose no health risk to nearby residents. Exposure to EMF is also part of normal life at home, when you use your cell phone or from the electrical lines in your neighborhood.

For instance, the Center for Energy Education notes that a typical vacuum cleaner emits 300 mG (EMF is measured in milligauss) at 6 inches and decreases to 2 mG at 3 feet. At 50 feet from a typical inverter used at a solar facility, the EMF is 1 mG or less. So there’s no risk of developing cancer by living near one of these solar installations.

Land is ruined after solar farming

On the contrary. Several universities are now offering courses and doing work in a new field called Agrivoltaic, where you combine solar panels with agriculture. The solar panels even help cool the land around them, something that is beneficial to certain crops and vegetation. Animals may also graze under the solar modules without any problems.In fact, sheep are used for grazing for vegetation control around the solar modules. And ultimately, land can be reverted back to agricultural uses at the end of the operational life for solar installations, without any additional preparation or time gaps, according to the Farmer’s Guide to Going Solar published by the U.S. Department of Energy (DOE).