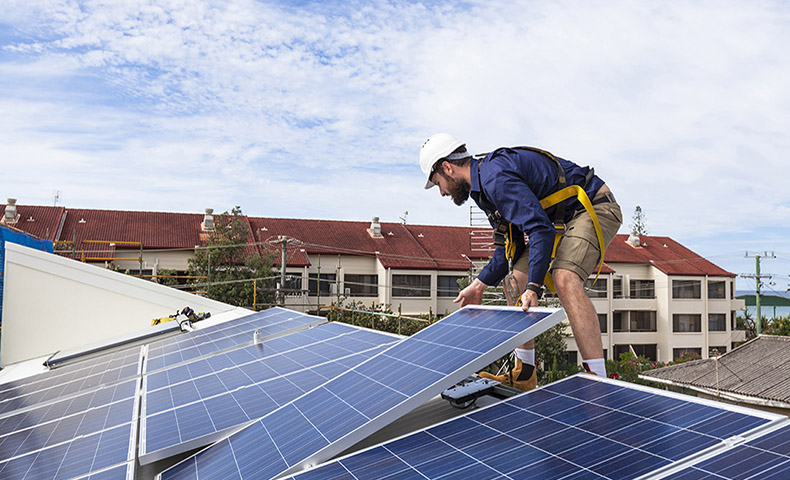 Many people might have the misconception that solar power systems do not work in Massachusetts due to New England’s diverse weather conditions, which include heavy snowstorms in the winter and rain in the summer. However, the growth in the installation of solar panels in the state has been exponential in recent years.

According to the Solar Energy Industries Association (SEIA), the northeast state placed 7th last year in terms of solar power across the United States.

“The Massachusetts market is shaped by net metering and a renewable portfolio standard with a solar goal, along with an accompanying SREC market. The Solar Massachusetts Renewable Target (SMART) program was approved in 2018 and has the potential to drive significant solar deployment in the state,” SEIA notes.

Net metering and a renewable portfolio standard are also part of the incentives driving the growth of solar in the so-called Bay State. There are several programs that also entice more driving Massachusetts solar system installations.

Besides the 30% federal solar tax credit available to all homeowners who purchase a solar power system, people in Massachusetts also have access to a Residential Renewable Energy Income Tax Credit that will cover 15% of the photovoltaic (PV) panel installation, maxing out at $1,000.

Both of these credits will make a dent in the total cost of a solar power system in Massachusetts, where the average electricity price is 19 cents/kWh, about 15% higher than it was in 2014.

To find out the correct size of a solar power system for your home and what it will cost, you can input your home address and monthly electricity bill in the Hahasmart price checker. In just a few seconds, you’ll get a detailed quote that shows how much you can expect to save on your energy bill throughout the life of the solar power system. The price checker will even help you contact a reliable solar installer in your area.

Another incentive for going solar in Massachusetts is the statewide net metering program, where you can send excess power produced by your solar system into the electric grid, in exchange for credit or money. However, under the General Program rules, once an electric company fills its net metering cap, new customers that require space under that cap cannot participate in net metering.

Through SMART, people who install solar on their homes are eligible for a net incentive payment of about $.15/kWh for 10 years. Considering the average Massachusetts home solar system generates around 7,200 kWh per year, that's over $1,100 in incentive payments per year. For systems under 25 kilowatts (kW), the rate ranges from 29 to 31 cents per kWh, depending upon your location and utility.

The incentive is calculated based on a "block" system, where each block represents about 200 MW of solar energy generation capacity. Each time a block is filled (i.e. 200 MW of solar are installed), the incentive amount decreases slightly. So people who install systems in the earlier blocks get higher incentive payments than those who wait to install later.
In addition, those who turn to Massachusetts solar panels, will enjoy a 100% property tax exemption for 20 years. That means you won’t see a rise in your property tax, despite the fact that the PV modules increase the value of your home over $10,000. There’s also a 100% sales tax exemption when you purchase a solar power system. Both can save you hundreds of dollars up front.

If you can’t afford to purchase your solar power system out of pocket, the Bay State will make it easier to get it through the Mass Solar Program. This incentive allows residential homeowners to own a solar PV system by making fixed, low-interest loan payments.

The Mass Solar Loan program’s maximum interest rate of 3.25% is lower than the average interest rate for all three financiers thanks to what is known as an “interest rate buy down” where the program uses a portion of its funds to pay off, or “buy down”, some of the interest so homeowners can access lower rates.

In addition to the interest rate buy down, for homeowners with less-than-perfect credit scores, the program has a loan loss reserve incentive that can help participating lenders expand their eligibility criteria by reducing their financial risk. And for homeowners with an annual household income of $80,240 or below, the program will pay off a portion of their loan principal (20 to 30 percent) as soon as their solar installation is complete.