In 2018, the United States consumed more energy than ever before.

According to the U.S. Energy Information Administration (EIA), “primary energy consumption in the United States reached a record high of 101.3 quadrillion British thermal units (Btu) in 2018, up 4% from 2017 and 0.3% above the previous record set in 2007. The increase in 2018 was the largest increase in energy consumption, in both absolute and percentage terms, since 2010.”

Unfortunately, most of that electricity still comes from fossil fuels—petroleum, natural gas, and coal—which grew by 4% in 2018 and accounted for 80% of U.S. total energy consumption. In particular, natural gas consumption reached a record high, rising by 10% from 2017. This increase in natural gas, along with relatively smaller increases in the consumption of petroleum fuels, renewable energy, and nuclear electric power, more than offset a 4% decline in coal consumption.

The price of renewable energy has been dropping exponentially over the past decade—and shows no sign of reversing. In fact, in most of the U.S., it's now become cheaper to build a new solar or wind farm than to keep an existing coal plant running.

A report published in March by nonpartisan think tank Energy Innovation indicates that wind and solar costs have plunged so rapidly that 74% of the US coal fleet could be phased out for renewable energy -- and still save customers money. This “coal crossover,” as they call it, grows to 86% by 2025, the researchers note. 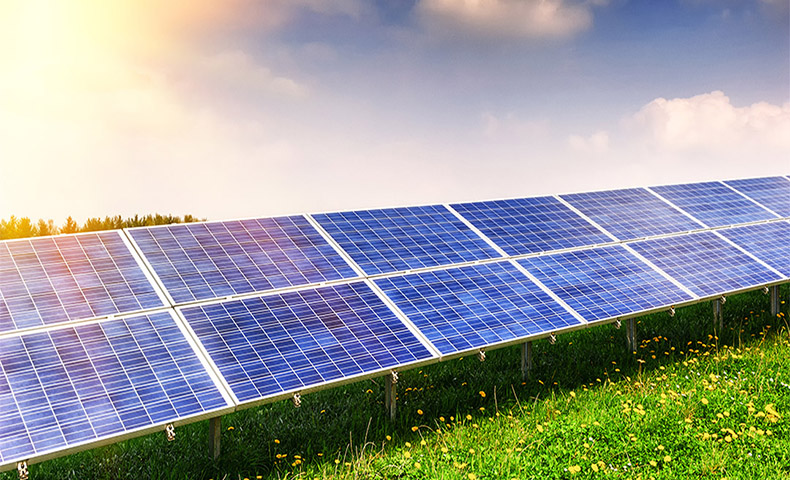 Part of the reason for this is better technology—solar panels and wind turbines have gotten more effective at generating power.

Solar is in a particular ascending trend.

In fact, according to a recent study by the non-profit Environment America Research & Policy Center, solar power capacity has more than doubled in 45 of America’s 57 largest cities over the past six years, And one-third of U.S. cities as much as quadrupled their photovoltaic capacity, including New York City, Seattle, and Dallas.

Honolulu is the top U.S. city for solar capacity per resident, with 646 watts per person, evidence of progress in Hawaii’s goal to use 100 percent renewable energy by 2045. Los Angeles ranks No. 1 for overall installed capacity, with 420 megawatts, its fifth time in the top spot since the survey began six years ago. San Diego ranked second nationally in both solar PV per capita and overall installed solar capacity.

Regionally, Burlington, Vermont has the most solar capacity per capita in the Northeast; Washington, D.C. leads the South Atlantic; San Antonio ranks first in the South Central region; Indianapolis in the North Central region; Las Vegas in the Mountain region; and Honolulu in the Pacific. Overall, the amount of solar installed in just 20 U.S. cities at the end of 2018 exceeded the amount installed nationally in 2010.

“The difference between cities leading on solar energy and those that are lagging is effective public policy - at the state and local level,” said Abigail Bradford, the report’s co-author and a policy analyst at Frontier Group. “A dozen cities in our report have made commitments to use 100 percent renewable energy and many more have programs and policies that encourage residents to install solar panels.

The savings posed by solar power also transmit to your home.

The average price per watt for solar panels has been in free fall for the past 10 years and currently ranges from $2.67 to $3.43.

The average cost for a solar power system for a home is now between  $11,214 to $14,406 after solar tax credits. While the decision to switch to solar power was cost prohibitive for a large part of homeowners a few years back, it is now accessible to the majority of residential customers.

If you want to find out what's the cost of a solar power system for your home and energy needs, this can be done in only a matter of seconds with the Hahasmart price checker. All you have to do is input your address and average monthly utility bill and they will recommend what the correct solar power system is for your home to offset those electricity costs, the total cost of equipment and even an estimated cost of installation of your solar panels.

The sooner you get those solar panels on your roof, the faster you'll be reaping the benefits of going green.