How long will it take to recover my solar system investment? 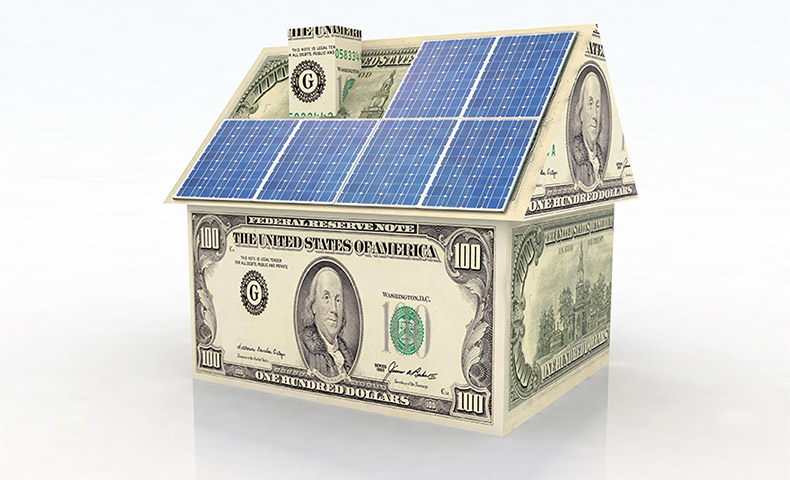 The installation of solar panels on your roof is a big investment and one that involves a lot of thinking and research on your part.

And like any remodeling project for your home, you want to get the most bang for your dollar.

But unlike other additions to your home, this one has a return on investment (ROI), in this case, the amount of money you expect to save in electricity to make up for the initial cost of getting the solar power system in place.

Determining this amount can help you make a better, more informed decision.

You also want to figure out what is the payback period of solar panels. This is the time it will take you to completely pay off your solar power system.

Obviously, you want to start with how much will the system itself cost?

HahaSmart features a price checker tool that easily calculates the price of your solar energy system based on our current inventory. The price checker shows the actual unit price of solar panels and inverters, which are the most important parts of any solar powered system.

It also shows the estimated cost of installation based on thousands of completed solar projects.

The price checker tool takes two things into account to give you an estimated cost: your address and the average monthly utility bill. It takes just a few seconds to provide you with a quote.

Once you calculate the amount of money the solar system will cost, next comes the return-on-investment and payback period.

Figuring this is a little trickier, but not impossible. The payback period depends on a number of factors such as federal, state, local and utility incentives, as well as average electricity costs and the amount of insolation where you live (essentially, the amount of sun your solar system will receive over its lifespan).

Forbes Magazine reports that in the majority of cases, homeowners can recover almost 97% of their investments in a solar system.

A report by the National Renewable Energy Laboratory (NREL) found that in most areas, the payback period is often four years or less. However, that fluctuates a lot.

That’s obviously without taking into consideration a federal 30 percent tax credit and other state and local incentives, which can reduce the cost substantially.

Now, you need to factor your electricity usage.

The higher amount of energy, the better your payback period, and the savings start immediately after the solar system gets the go ahead to turn on.

Next you want to find out how much you're paying for your electricity, which is measured in cents/kWh. You can look at your electricity bill for the most accurate reading.

The U.S. Energy Information Administration (EIA) also offers a table with the average price of electricity for each individual state in the country. In California, that average is 18.32 cents/kWh. Of course, these rates change every year, so you also need to think that your solar system will continue operating for the next 20-25 years.

Now let’s do some calculations.

And let’s say the incentives in Los Angeles for solar customers amount to $1,000, which, as in the above case reduces the cost of the system to $11,915.

Once again it’s time for some math, this time having to do with how much electricity your system will produce. In Los Angeles, the solar irradiation (the average amount of solar energy emitted into the surrounding area) is 5.7. If you multiply that by the 5.2 kW in your system will give you 29.6 kWh a day, covering 100% of the home’s energy usage.

But you’re not done yet.

If the total cost of the system was $11,995 and your saving $1,977 a year, then it will take you approximately six years to recuperate your investment.

But remember that the average lifespan of a solar system is between 20-25 years, so it means that addition to your home will be paid off for nearly 20 of those years, not a bad investment.