Solar panels in the rain, snow, and cold weather 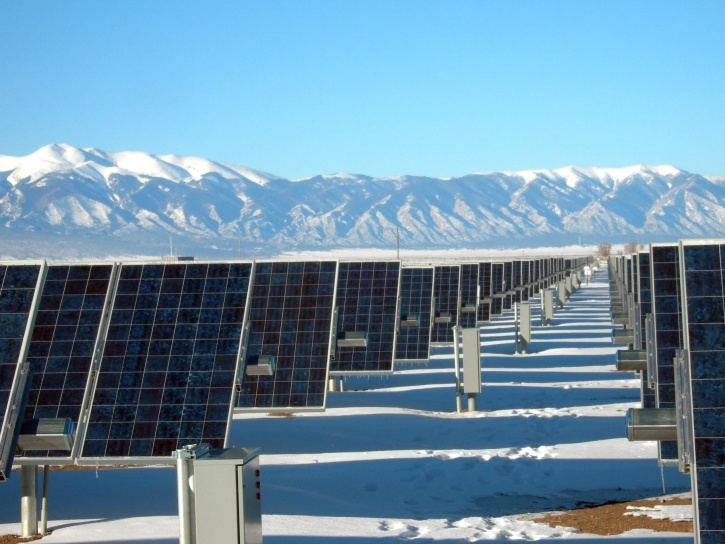 Solar Panels in the Rain, Snow, and Cold Weather

What happens if there’s a snowstorm? Typically, it’s strongly advised that you choose a spot on your roof that is least affected by snow – though, we understand that during a snowstorm, this could virtually be impossible to avoid. Don’t worry – as many solar panels are dark enough to retain heat that the likelihood of snow melting off them is much quicker than you’d think.

Can my solar panels survive hail? This may be the most asked question we receive. According to Rich Hessler, a Californian photovoltaic specialist, a hailstone hit at speeds of up to 120 mph rarely translates as a solar power system killer, as long as the module’s frames don’t collapse and glass fragments don’t damage the cells. Most solar panels are tested to endure a direct hit from a hailstone 1 inch or smaller at 50+mph. In the U.S., most hail storms come from the north, with solar panels facing south, which means they can endure larger sized hailstones with a glancing blow. In other words, solar panels are quite resilient to hail, although you’ll want to make sure your solar panels are covered as a part of your homeowner’s insurance policy.

That being said, direct lightning strikes are considered rare, but if your life somewhere that is prone to thunderstorms, getting indirectly. Solar panels getting indirectly struck by lighting happens much more frequently. If there is an indirect lightning strike hits close to your solar-powered system would start a surge of electricity, this will cause the conductors to breakdown. An indirect lightning strike that closes to the solar-powered system can also cause sparking. This sparking is dangerous for many reasons, one being that it can damage the solar panels and also there is the possibility of starting fires. If you do live in an area that often gets lightning storms, you should consider taking precautionary measures while designing your solar-powered system. A good homeowner's insurance policy is also going to protect your solar panels in the event of a natural disaster.

Solar panels are durable, and so the racking that they are mounted on. When it comes to solar panels unless the hail is so large it is a problem for everything in their path, it shouldn’t be an issue with your panels. The solar panels are protected by steel tempered glass, and they are tested to ensure that they can withstand even the most extreme weather conditions. But, if the hailstorms that your area encounters, reaches the size baseballs and will cause damage to roofs and windows, it’s going to damage your solar panels. But there is good news! Homeowners that live in areas that receive large hair, can buy special solar panels that can hold-up through the insane hail size. It will also benefit you to get a homeowner's insurance policy that will cover you in case a storm does happen to damage the solar panels.

What if I live in an area with high winds and hurricanes? Solar manufacturers make sure that they design solar panels to withstand high winds. If you live in an area that’s prone to hurricanes, your insurance company will require that you have “hurricane proofing” for your solar panels. Also know that should any damage occur, solar manufacturers have warranties and you should have homeowners insurance to help with any repairs, as needed.

How effective are my solar panels in other weather conditions such as fog and rain? As highlighted by Residential Solar 101, under cloudy and rainy weather conditions, your solar panels drop 40 percent or more depending on how dark and heavy the rain and clouds are. Now, if we’re to look at the fog, know that your solar panels will still work. For example, the amount of power you’ll generate depends on the thickness of the fog; if the cloud cover is at its worst, your panels might half of the energy they normally do, but a thin layer of fog has much less impact on solar energy output. Even if you live in an area with lots of foggy days, what matters is how much sunshine your roof receives over a whole year, not on a given day.