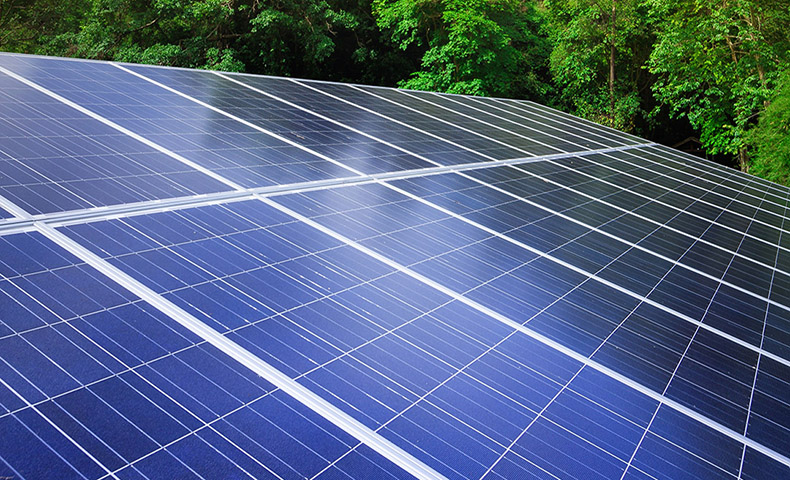 When people hear “solar shingles,” they automatically associate it with Tesla. However, Tesla aren’t the only ones with this technology, and in fact, it’s becoming more and more popular. Two out of the four companies we’re going to mention here are just prototypes, which might turn you off, but actually, that means they’re about as far along as Tesla is with this technology. Which means that the other two are actually further along than even Tesla, the company associated with the solar shingle technology!

CertainTeed has been building roofs since it was founded in 1904 under the name General Roofing Manufacturing Company, so it makes sense that they would be one of the companies attempting to combine roofs with solar. Their solar shingles have been around for the last five years, and anyone is able to buy them right now. They have 60 watts per solar shingle with 14 monocrystalline silicon cells per panel. Telsa’s solar shingles are currently estimated at $6.40/Watt, while these shingles are only $4.90/Watt.

If you’re looking for more efficient solar panels, Luma Solar’s got you covered. They currently have their standard shingles set at $4.50/Watt, also making them cheaper than both Tesla and CertainTeed. Their shingles have a 21% efficiency rating, compared to the conventional solar panel, whose efficiency averages anywhere between 18-24%. This percentage is extremely high because their shingles have airflow underneath, which is a huge advantage over CertainTeed, whose shingles don’t have this airflow system and therefore have a much lower efficiency than that.

Even cheaper than CertainTeed and Luma Solar is Powerhouse’s solar shingles, which are currently estimated to run at $4.15 per square foot. This is only an estimation because Powerhouse is currently not installing solar shingles. They have in the past, but since they are currently upgrading their system, they have put it on hold. Their shingles are similar to the Apollo II, in that they have the aesthetic advantage of actually being the roof. They also have a much lower efficiency rating, however, currently has a 17.1% efficiency for their 60-Watt shingles.

Like Tesla, Sunflare’s solar shingles are still in the prototype stage. They don’t even have an estimated price or an efficiency rating at the moment. However, their prototype is extremely similar to Tesla’s. Their shingles will literally replace the entire roof, with some shingles providing actual power and some shingles being inactive parts of the roof. The advantage they’ll probably have over Tesla is in their name. Because Tesla is such a known company, they’re probably going to end up having much more expensive panels, which will allow Sunflare to jump in as a cheaper alternative. They are expected to be on the market in the next 18 to 24 years.

As for Tesla, their installations of solar shingles continue to be put on hold. As of May 31st, only 12 systems had been installed, and all of them were in North Carolina. The installation of their shingles seems uncertain, which is why it might be time for people to begin looking elsewhere.

Want to learn more about new solar technologies? Check out the HahaSmart blog for tons of resources and information.