Solar Energy is Creating Jobs and Saving the Planet Doing It 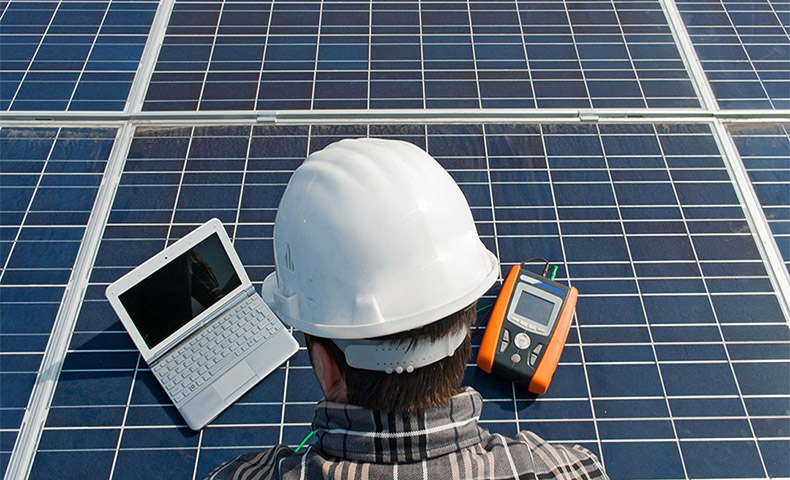 Solar Energy is Creating Jobs and Saving the Planet Doing It

The proliferation of solar energy is causing changes in the workforce. Solar energy products once catered to a niche target audience and were very fairly costly to install. That is no longer the case. With huge strides in the field of science and technology, solar power is now being harnessed efficiently enough that almost anyone could afford it. The benefits of solar energy are seemingly boundless. Compared with capital-intensive fossil fuel technologies, the renewable solar energy industry is sometimes more labor-intensive. Therefore, on an average, more jobs are created for every unit of electricity produced by renewable sources than by fossil fuels. Renewable energy sources are already creating thousands of jobs in the United States alone. For example, in 2011, the wind energy industry directly employed over 70,000 full-time employees in a variety of markets, ranging from construction and turbine installation to manufacturing and project development. Keep reading to learn exactly what solar is doing to help the global economy and create new jobs each year.

Solar is creating thousands of new jobs each year.

The solar sector has become a new industrial domain over recent years, and as more and more people install solar panels on their homes and offices for meeting their energy requirements, the solar industry is developing faster than ever before. In the United States, the solar industry has employed more than 350,000 people thus far and it is projected that by 2025, an additional 202,000 jobs are going to be created. There’s also some good news for India, where unemployment has had to struggle against the world’s fastest rising economy. It is estimated that by 2022, the solar energy industry would generate as many as 1.6 million jobs with over 600,000 jobs focused on the construction industry alone. But China and India are the world’s biggest polluters, so their adoption of solar energy is most welcome and necessary for the health of the planet.

Solar energy is a saving grace during a disaster.

Global warming increases the risk of disruptive events such as heat waves, droughts, intense storms, and severe wildfires which have become more frequent. Since solar energy is a renewable energy source, it is more resilient than natural gas, petrol, or coal and provides its energy on a daily basis. When natural disasters strike, solar energy will be able to help in multiple ways - keeping lights on, fridges running, and hot and clean water filtered through to people in desperate need. Even though natural disasters are on the rise because of climate change, that doesn’t mean that we must bow to their whim. With solar, we can be more prepared to face them head on and defeat climate change, which will reduce their impact overall.

Solar energy is producing affordable electricity solutions to countries as diverse as the USA and India and can help stabilize the prices of non-renewable sources such as gas and diesel in the future. The good news is that the cost of renewable energy technology has declined rapidly, and is estimated to drop even more. While fossil fuels are not renewable and are constantly increasing in price, solar energy doesn’t have that problem. Not only is it great for the planet, but it’s also great for your wallet, as you won’t have to suffer the ever-rising hike in fossil fuel prices.

Want to learn more about going green with solar? Check out the HahaSmart blog for daily updates!