Choosing Between Wiring Your Panels in Series or Parallel 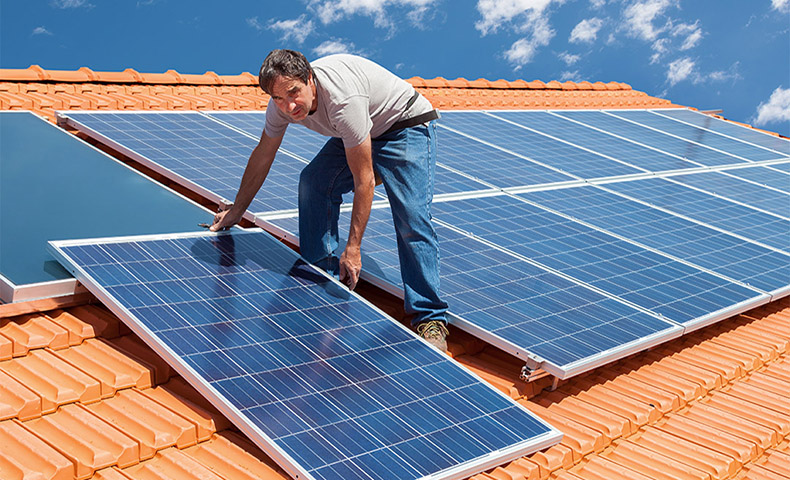 Choosing Between Wiring Your Panels in Series or Parallel

When researching solar, there are some important bits of information that often slip through the cracks. The wiring of the panels is often one of them. After all, your installer is handling the wiring of the panels, so why should that matter to you, right? As it turns out, it does matter, and usually, your installer is going to ask if you’d prefer to wire your panels in series or in parallel. Obviously, if you don’t know what the difference is, you’ll have no idea what to say. Which is why we’ve made this handy guide detailing the difference so that you can make an informed choice when your installation day is finally here.

Wiring solar panels in a series.

Wiring solar panels in a series means connecting the panels side by side, positive to negative to positive. This will make a string circuit in your solar system, which allows for a continuous, closed loop, keeping all your panels connected to each other. In this kind of wiring system, the sum of the voltage of each panel gives you the overall voltage of the array. But the amperage of the system stays the same regardless.

This kind of wiring system is a bit more complex, wherein each panel is connected to one centralized wire in the center that has both positive and negative terminals. Unlike the series wiring, where each panel has both a positive and negative terminal, panels in this system are all connected to one central wire. The main difference between this system and the series system when it comes to your output is that the overall voltage will remain the sum, but the amperage is the sum of each solar panel. Essentially, it’s the opposite of a series solar panel system.

What is the difference between the two wiring systems?

Now, to put things in an easier to understand perspective, think about how Christmas lights used to work. If one bulb burned out or broke, the entire string of lights would stop working. Why was this, and what does that have to do with solar panels? Well, it was because the Christmas lights were lit up in a series. In order to fix the light string, you’d need to find the broken light and replace it. However, modern Christmas lights now have parallel wiring, meaning that if one light goes out, the rest will no longer suffer the same fate.

So, which wiring should I use?

As you can probably tell from above, parallel wiring is generally the optimal choice, as one faulty panel won’t knock out your entire system. However, there are so exceptions. You’ll probably want to ask your installer what they believe would be best for your home and inverter. Bring up to your installer that after conducting your research, you decided parallel wiring was the optimal choice, but that you also want his professional opinion. After all, he might tell you that series wiring is actually better for your particular solar system, or he might say that he planned on doing a hybrid system - a fusion of the two different types of wiring systems - in order to get the best out of both. For instance, maybe your installer believes that with your system, a hybrid wiring system is the only way to achieve a balance of voltage and amperage, which is necessary for your system to maintain peak performance.

Want to learn more about how to go solar? Check out the HahaSmart blog for daily updates!