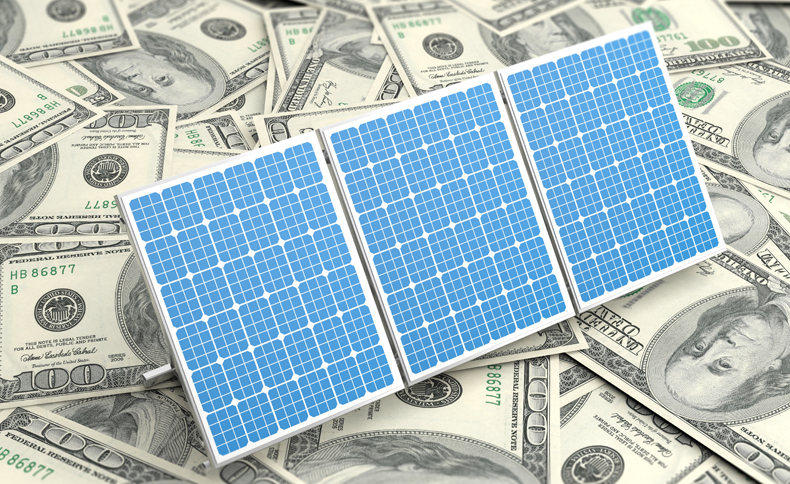 If you think solar power is out of reach, think again

There are lots of things that are more expensive or almost as expensive as solar panels, and none of them create value. Because of financing, people no longer have to pay for the panels all at once. This allows them to pay for things over time, which is something we do already. Some of those things like a new car or a truck, gas and insurance for that car, your cell phone bill, or even a luxurious week at Caesars Palace. Let’s explore how much solar is compared to things we have every day. But first, let’s set some parameters on the solar panel array and the cost.

If we set up a 6.3 kW solar panel system in California, the cost is roughly $15,400 before you apply the federal tax credit of 30 percent. Once you factor in that tax credit the price is a lot cheaper.

Solar power is less than a Car

Cars and trucks are expensive. Yes technically there are new vehicles less than $15,400, but the vast majority of them are $25,000 and more. A new well-equipped Chevy Silverado truck is going to cost $44,000, and although they are less expensive a Ram truck will still hit you for $35,000. Every one of these vehicles is also a depreciating asset. Those things lose money the second you sign the paperwork and drive it off the lot. Nearly everybody owns a vehicle, and nearly everybody decided to make monthly payments on those cars or trucks.

Solar power is cheaper than gas and insurance for the car

Right now gas is higher than it’s been for a few years, and and the average American family spends about $1,900 each year on gasoline and another $1,200 for insurance. If you add the gas price and insurance price for those five years, you get $15,500. It’s close, yet more expensive than those solar panels. You also used all the gas, your car has 80,000 miles on it and is worth a fraction of what you paid for it, and those solar panels keep producing while making the home worth more money.

This one is a reach, but it makes a point. If you pay $100 a month to buy a cell phone and pay the monthly bill, you pay roughly $6,000 every five years for the privilege of communicating with your friends on those little hand-held devices. I have had a cell phone for more than 20 years, and no matter what the technology is, the bill is about $100 a month. That means I’ve paid $24,000 so far for the ability to communicate with the world. None of the old phones work or are worth anything, and for sure those phones rarely helped me make money. Most of the time they just took photos of food or allowed me to quip about interesting situations. Even the sophisticated phone I have now will be worth a fraction of what I paid for it, yet I get one every two years.

It’s less than power from the utility

If we add up the total cost of what we have paid to utilities over time, it is a lot more than any of us would have paid for solar panels. Even if you live in a nice climate and your bill is reasonable, you are still going to pay $5,000 to $7,000 every few years. Those bills never stop and they won’t get any cheaper. On the other hand, solar panels create energy to feedback to the utility. This not only saves you money, it can make you money through positive net-metering programs.

If you want to think of yourself as a baller, then you can spend lots of money real fast, and one of the fastest ways to spend that money is buying a cabin class ticket on airlines like Singapore Airlines, or Emirates Airlines. A roundtrip ticket on either airline will cost upwards of $15,000 to $30,000 depending on when you book the ticket and when you are flying. Let’s just say that it is an amazing way to travel through the air, but in the end, you still only traveled from point A to point B.

Everyone has dreamed of a luxurious Las Vegas vacation, and you can’t get much more luxury than a suite at Caesars Palace, and if we are going to get a suite, we might as well get one that is two stories with a pool and an indoor hot tub. I mean it is Vegas. Even if you take advantage of the less expensive rates during the middle of the week, you are going to pay higher rates on weekends. With an average price of $2,400 a night, a week in the Nobu Suite will run you $16,800, and that is without any food, drinks, or fun.

The point is that with banks providing lots of financing options, solar is more affordable, and will add more value to your home, than any other home improvement project. To learn more about how you can stop paying your utility, and start paying yourself, visit HahaSmart and try our price-checker tool. See how much a solar system would cost, and how we can help find HahaSmart Certified installers.