Canadian Solar signed a purchase agreement of electricity from its Suffield solar facility with Direct Energy. The 32 MWp/23 MWac solar project will use bifacial solar modules, and is projected to be the largest in Alberta upon completion in 2020. 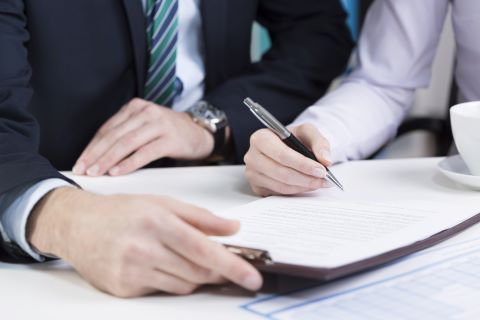 Canadian Solar Inc. has signed an agreement for the purchase of electricity from its 32 MWp/23 MWac Suffield solar facility with Direct Energy, one of North America's largest energy and energy-related services providers, and a subsidiary of Centrica PLC. The Suffield project, located in Southeast Alberta, is anticipated to be the largest solar photovoltaic (PV) facility in the province of Alberta when it enters operation in 2020.

"We're proud to bring some of the latest solar technology to Alberta, the Canadian province known for its energy leadership. The Suffield project will utilize bifacial solar modules, which are well-suited to operate not only in the heat of summer when air conditioning drives electricity demand, but also in cloudy or even snowy weather."

Bifacial modules, such as Canadian Solar's high efficiency BiKu modules that will be used on the project, offer many advantages when compared with traditional solar panels. Producing electricity from both sides of the solar panel allows for an increase in both total energy generation and in reliability during winter months.

The Suffield project will also employ single-axis trackers, which allow the solar arrays to follow the sun's trajectory throughout the day, also maximizing electricity production.

"We are also proud that our long-term agreement with Canadian Solar on the Suffield project is the first major step in Alberta towards Centrica's global commitment to provide products and services that lead to a lower carbon future."

While the majority of funding for the facility has been provided through private market investment, it was announced in January that the Suffield project was awarded $15.3 million in funding through Natural Resources Canada's Emerging Renewable Power Program. Suffield was selected for this funding as the project will deploy within Canada some of the latest advancements in renewable technology, while spurring further investment in the industry.

Suffield will employ approximately 250 people during construction and will power approximately 7,400 households annually once it enters operation in 2020.

Additionally, Canadian Solar announced in February that the Company won 94 MWp of electricity contracts to power 55 percent of the Alberta provincial government's electricity needs. The projects under contract, also located in southeast Alberta, include Hays, Tilley and Jenner, and all three are scheduled to enter operation in 2021.

Save on the cost of solar panels at home - use the HahaSmart Price Checker to find the best deals in your area.

Design your own custom solar array with the DIY Design Tool.