Tesla Solar Energy Business Is Taking a Turn For the Worst

Tesla Inc.'s solar energy business is a shadow of what it once was. 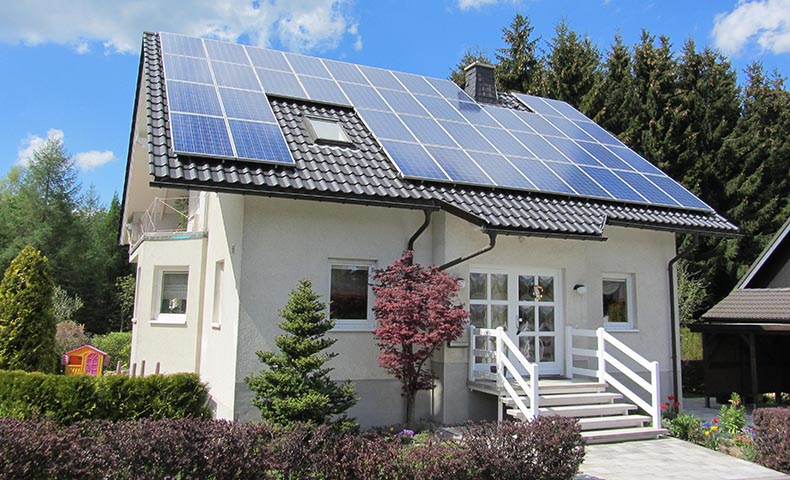 The company's solar energy deployments plunged by 65% during the second quarter to their lowest level for any quarter since at least 2013, dating back to its days as the stand-alone SolarCity business, Tesla said Wednesday.

Tesla previously said it expected its solar energy business to start growing again during the second half of this year, as it revamps its sales strategy for rooftop solar panels in a bid to cut costs and reduces the price of its conventional rooftop solar panel installations.

"We are in the process of improving many aspects of this business to increase deployments," Tesla CEO Elon Musk and Zachary Kirkhorn, its chief financial officer, said in a letter to shareholders. They did not elaborate on what type of improvements they are implementing.

Those efforts, however, did not pay off in the spring.

During the second quarter, Tesla deployed 29 megawatts of solar energy generating capacity – down from the 84 megawatts deployed during the spring of last year and 38% less than the previous five-year low of 47 megawatts set during the first quarter of this year.

For the second straight quarter, Tesla did not provide an update in its shareholder letter on its plans to begin high-volume production of its solar power roof, which is expected to be the main product at the factory on South Park Avenue that was built with $750 million in taxpayer money under the state's Buffalo Billion economic development program. It devoted a single sentence in the three-page report to its solar energy business.

Tesla once was the unquestioned leader in the residential rooftop market with a market share of around 33%, but today, the company is No. 3, and its market share during the first quarter of a little more than 6%, according to analysts at Wood Mackenzie Power & Renewables.

Tesla is counting on its solar power roof product to jump-start its solar energy business – but the roofing tiles still are under development, nearly three years after Musk unveiled them during a Hollywood event just before the shareholder vote on the controversial merger with SolarCity. Musk said last month that Tesla is working on the third version of the solar power roof.

Tesla is broadening the products it makes at the Buffalo factory beyond solar energy, to include electrical components for its batteries and its electric vehicle charging stations.

Those products are a way of bringing more work and a more diverse product line to the Buffalo factory with the company nine months away from a requirement that it essentially double the size of its current workforce or face a $41.2 million penalty from the state, which built the factory with $750 million in taxpayer funds.

Tesla said in May that it has started making electrical components for the latest version of its electric vehicle Supercharger in Buffalo. The company also said it has added several production lines to support making other electrical components that are used in its Powerwall and Powerpack batteries.

Tesla has promised to create 1,460 jobs at the Buffalo factory by April 2020 or else it could be hit with a penalty. The plant had 730 workers in mid-April, according to a report filed in May with state officials.

That job count exceeded Tesla's promise to have 500 jobs by April 2019 at the Buffalo plant.

The electric vehicle maker released the solar energy deployment statistics as it reported an adjusted loss of $1.12 a share during the quarter. That loss was far more than the 31-cent loss that analysts expected.

Although Tesla said it still hopes to be profitable in the third quarter, its focus will be on increasing deliveries of its cars, expanding its production capacity and generating cash.

Want to see how much you can save by switching to solar? Use the hahaSmart price checker tool you can also customize your solar-powered systems by using the design DIY tool.